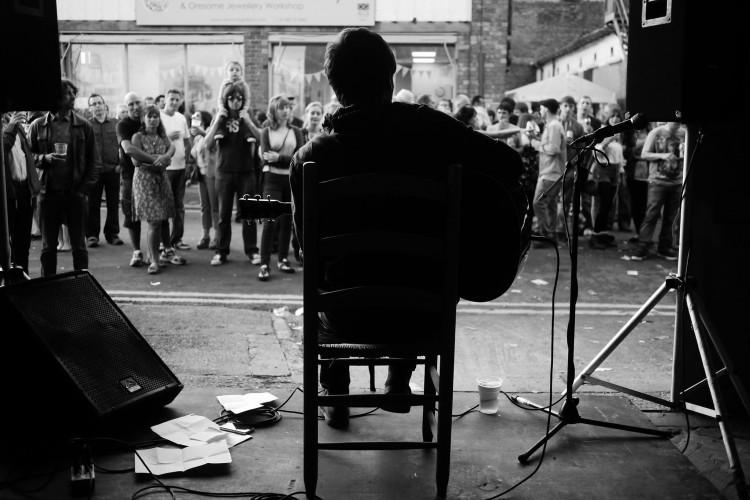 I’m a musician born and bred in Hull, the city that never sleeps (sarcasm, obviously) and I have been in two bands that have shaped my musical ‘career’.

The Dirty Dreamers were four lads from East Hull living a spinal tap dream, we had the long hair, the ripped jeans, the arrogance of youth and we travelled up and down the UK in a red Ford Transit van called ‘The Rectum’. It was known as the rectum because you would get in the van clean then leave it looking like a piece of shit from the soot that gathered on your body from the exhaust fumes that were not properly disposing of the waste because there was a hole in the pipe.

The other band in my life were the Go-Go Kings. We had numerous lineup changes in this band, almost as many as The Fall (or nowhere near as many actually, just using that example for anecdotal purposes) the main stays of the band were me and Alfie Appleton, the don himself, the legend of Baggervance.

I taught myself how to play guitar and then how to sing. I completely blagged my place in The Dirty Dreamers by telling Baz (ex-Raywells, if you can remember them) that I was a singer when we first spoke at a Yo-Yo Indie disco at Welly club back in 2003. I completely winged it as a frontman for a few years, just watched loads of videos on music channels and a load of Rolling Stones live performances.

END_OF_DOCUMENT_TOKEN_TO_BE_REPLACED
« Apparition
Asio's Eyes »
Home
Back
All details are correct at time of publication but may be subject to change without notice. This website contains copyrighted material which we have acknowledged where possible. If you are the owner of copyrighted material and do not agree with its use please contact us.
See our Terms and Conditions and Privacy Policy.
Copyright © 2020 Sesh Events
Web Design: The Missing Dimension