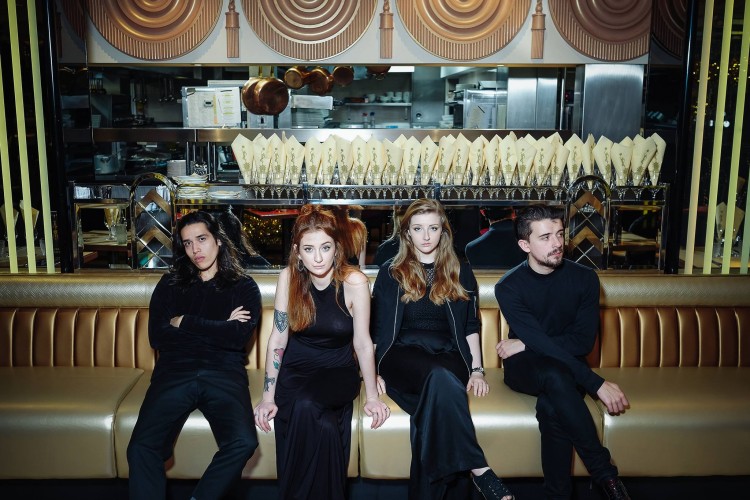 DUSK is a combination of off-kilter synth sounds backed by a violent rhythm section, all encompassed by an ethereal vocal. DUSK’s entrancing set during their debut slot at Reading and Leeds has captured the eyes of audiences up and down the UK. Having supported acts such as Krrum and Ekkah they are showing a lot of promise as an unsigned band. They released their EP ‘Visions’ at the back end of January as part of independent venue week.

“DUSK are a band with wide ranging appeal and I can see them having a bright future.” – Counterfeit Magazine

“One of the best bands on at Leeds Festival and good enough to play the main stage already.” – Alan Raw – BBC Introducing West Yorkshire

“If you’re a fan of Portishead’s brooding melodies, London Grammar’s strong vocals and Massive Attack’s trip-hop, then get yourself listening to DUSK. Visions is like a celestial rollercoaster” – Gigslutz

END_OF_DOCUMENT_TOKEN_TO_BE_REPLACED
« Joe Duncan
Dutch Mustard »
Home
Back
All details are correct at time of publication but may be subject to change without notice. This website contains copyrighted material which we have acknowledged where possible. If you are the owner of copyrighted material and do not agree with its use please contact us.
See our Terms and Conditions and Privacy Policy.
Copyright © 2020 Sesh Events
Web Design: The Missing Dimension