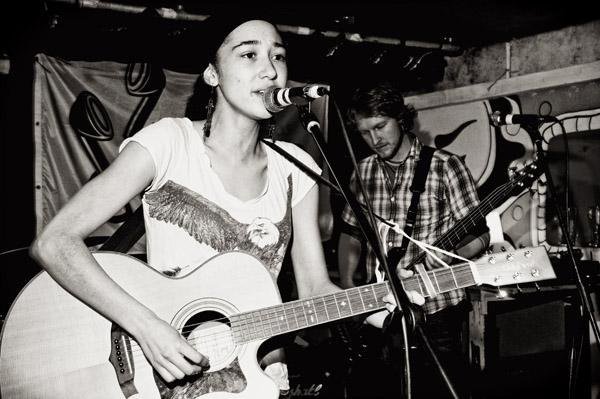 Ysabelle Wombwell is a singer-songwriter based in Hull. Her music has often been compared to artists such as Tracy Chapman and Beth Orton, although it definitely holds its own identity exploring a multitude of genres including reggae and folk whilst staying true to pop ideals.

Performing as a solo acoustic artist she attracted local attention, which was heightened further by sharing stages with the likes of The Magic Numbers and Noah And The Whale to audiences in their thousands. Currently being championed by BBC Radio and set to perform at some great summer festivals.

END_OF_DOCUMENT_TOKEN_TO_BE_REPLACED
« Your Illuminations
Zebedee & The Heart Attacks »
Home
Back
All details are correct at time of publication but may be subject to change without notice. This website contains copyrighted material which we have acknowledged where possible. If you are the owner of copyrighted material and do not agree with its use please contact us.
See our Terms and Conditions and Privacy Policy.
Copyright © 2022 Sesh Events
Web Design: The Missing Dimension