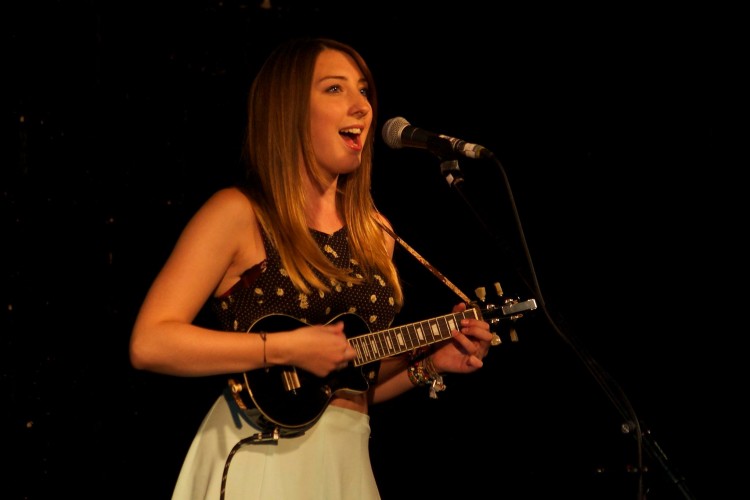 ‘I come from a musical family and have been surrounded by different genres of music all my life. At 14 I started to learn the ukulele and write my own songs. My sets include my original songs alongside an eclectic mix of covers in my own style. I have performed extensively in the local music scene including, Humber Street Sesh, Freedom Festivals and more recently I won C-Fab festival’s Folk Off. I’ve appeared on local radio, both BBC Introducing and the Peter Levy show. As well as home recordings, I’ve had recordings produced through the Warren, and Young Beatz. ‘

“With her beautiful Ukulele based songs and gorgeous voice her performances have been the talk of the local scene.” – The Speak Easy

END_OF_DOCUMENT_TOKEN_TO_BE_REPLACED
« Aimee Duncan
Alice Simmons »
Home
Back
All details are correct at time of publication but may be subject to change without notice. This website contains copyrighted material which we have acknowledged where possible. If you are the owner of copyrighted material and do not agree with its use please contact us.
See our Terms and Conditions and Privacy Policy.
Copyright © 2022 Sesh Events
Web Design: The Missing Dimension