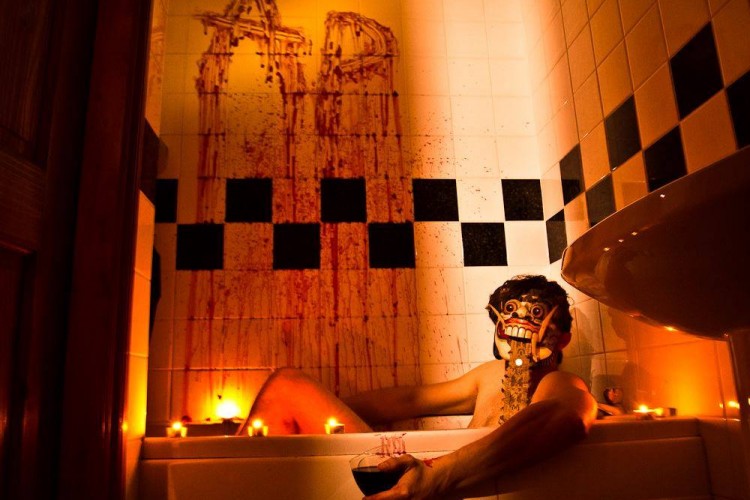 Avalanche Party were formed high in the wind swept, bracken laden heights of the North Yorkshire Moors by two brothers who spent their summers hunting with bows and arrows and camping by firelight, and their winters snowed into their isolated hill top home with nothing but the sounds of Bo Diddley, Link Wray, Wilko Johnson and Jimi Hendrix to keep them company. Guitars replaced the bows and arrows and the boys played their first gig at the age of 12. Music was in their blood.

Avalanche Party is garage-punk hopped up on adrenalin and amphetamines. Their sound is intense and immediate, So new yet so familiar and brimming with an urgency that explodes off the stage like the front lines of a war you didn’t even realise was being fought. Every note played through white knuckles, every word spat through gritted teeth. The beats blast like cannons while the guitars stampede like spooked stallions surging ever onward, snorting, snarling and tearing apart everything in their path. The Pistols, The Clash, The Stooges, The Damned; They’re all there but twisted into a much leaner, much fiercer beast. This is punk at its most feral, garage at its most primal, this is rock’n’roll in its most fearsome form, with its teeth bared spitting like a cornered pit-bull.

This is Avalanche Party and nobody comes from where we come from.

END_OF_DOCUMENT_TOKEN_TO_BE_REPLACED
« Autosuggestion
The Avenues »
Home
Back
All details are correct at time of publication but may be subject to change without notice. This website contains copyrighted material which we have acknowledged where possible. If you are the owner of copyrighted material and do not agree with its use please contact us.
See our Terms and Conditions and Privacy Policy.
Copyright © 2022 Sesh Events
Web Design: The Missing Dimension