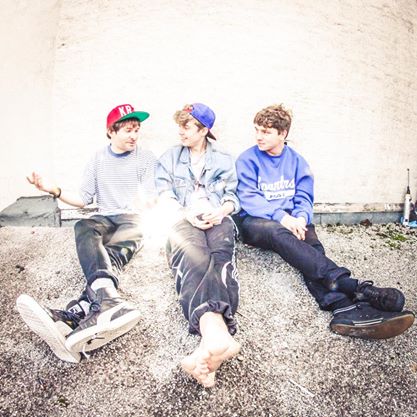 Hull three-piece BABIES, are a nice blend of indie low-fi and surf music infectiousness that fit nicely in the new UK indie scene.

The band’s sound lies somewhere in between PALMA VIOLETS and SPLASHH, with some old-school indie aspects thrown in, as the pounding un-refined bass is reminiscent of JESUS AND THE MARY CHAIN. BABIES’ songs are full of energy which will transfer nicely into their live shows.

Their debut release ‘2048’ has gained interest from numerous record companies including Birthday Records (LIFE, Drowners, Howling Bells) and The Animal Farm (One Night Only, Everything Everything) and have just released their second song ‘RUNFAST’

With gigs already played in Bath, Manchester, Bristol and Camden, BABIES are definitely ones to watch.

END_OF_DOCUMENT_TOKEN_TO_BE_REPLACED
« B-ahwe
Baby Tooth »
Home
Back
All details are correct at time of publication but may be subject to change without notice. This website contains copyrighted material which we have acknowledged where possible. If you are the owner of copyrighted material and do not agree with its use please contact us.
See our Terms and Conditions and Privacy Policy.
Copyright © 2022 Sesh Events
Web Design: The Missing Dimension