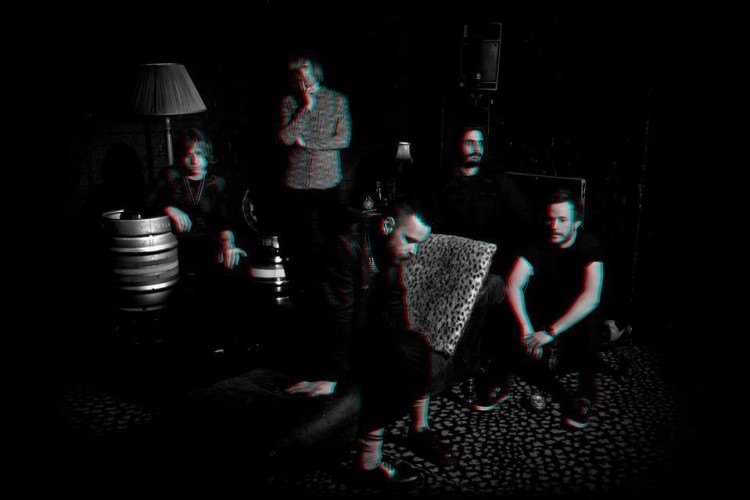 They currently have 2 tracks available on Soundcloud and Bandcamp, and are now working on more recordings.

‘Welcome Bete Noire…or if, like us, you ne parl pas de Francais ‘Black Beast’ – you dirty big post-punk, er, thing. This five-piece London group’s debut single ‘Shut Your Mouth’ is by turns menacing and melancholy then melodic and manthemic. What do you mean ‘manthemic’ isn’t a word? Durrr, it means anthems for men. Bete Noire also up their punk credentials for having a proper grainy sounding demo, like back in the day, authentic 80s style.’ londonontheinside.com

‘Channelling the guttural, doom-riddled rage of ’80s legends like Joy Division or Magazine….There’s a dark, menacing swagger within their sound. As basslines canoodle with serrated axe licks, the throbbing confidence of vocalist David M. Hargreaves may as well be socking you in the gullet. The quintet have a propensity for loudness, bitterness, anthemic pop hooks and malevolent magnificence.’ beardedmagazine.com

“Matching the glamorous melancholy of early Interpol to the intensity of The Fall, a frenetic piece of distorted, black clad rock ‘n’ roll” Clash Magazine

END_OF_DOCUMENT_TOKEN_TO_BE_REPLACED
« Bella Ciao
Bill Worry »
Home
Back
All details are correct at time of publication but may be subject to change without notice. This website contains copyrighted material which we have acknowledged where possible. If you are the owner of copyrighted material and do not agree with its use please contact us.
See our Terms and Conditions and Privacy Policy.
Copyright © 2022 Sesh Events
Web Design: The Missing Dimension