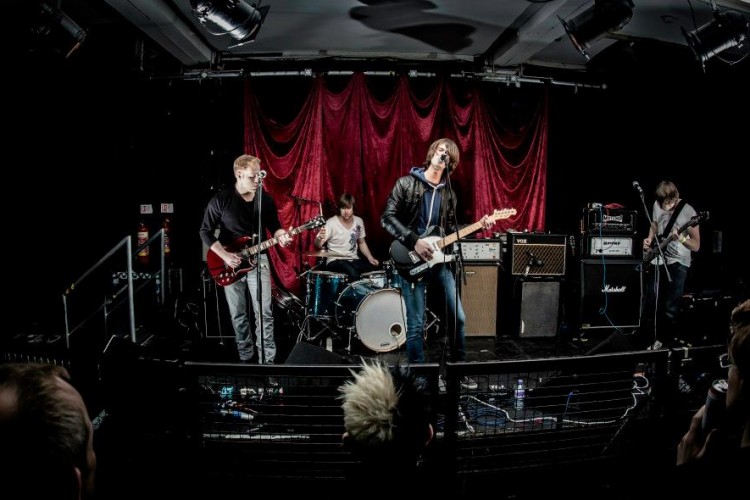 Taking their name from an incongruously-named road in the centre of an industrial estate in Hull, where they rehearse, Copenhagen’s sound is anything but laboured, instead it is a beautiful, psychedelic, symphonic noise at total odds with the environs in which they cook up their magic, ready to break out and rise above the factories and chimneys and soar into the ether like a graceful bird of prey.

Bringing to mind early to mid-period Verve, Black Rebel Motorcycle Club, Doves, Neil Young at his swampiest and the more contemporary sound of The Horrors, the sound that these lads make is massive, anthemic, melodious rock, which is both accessible and brooding at the same time. Watching them play live, it’s difficult to believe that the four young lads on the stage are responsible for this wondrous wall of sound. But they are, and make no mistake they mean business.

It’s a long time since a band displayed such a sense of camaraderie as to resemble the last gang in town, but Copenhagen have this in spades, each member bringing something unique and essential to the table.

END_OF_DOCUMENT_TOKEN_TO_BE_REPLACED
« Colour Of Spring
John Copley »
Home
Back
All details are correct at time of publication but may be subject to change without notice. This website contains copyrighted material which we have acknowledged where possible. If you are the owner of copyrighted material and do not agree with its use please contact us.
See our Terms and Conditions and Privacy Policy.
Copyright © 2022 Sesh Events
Web Design: The Missing Dimension