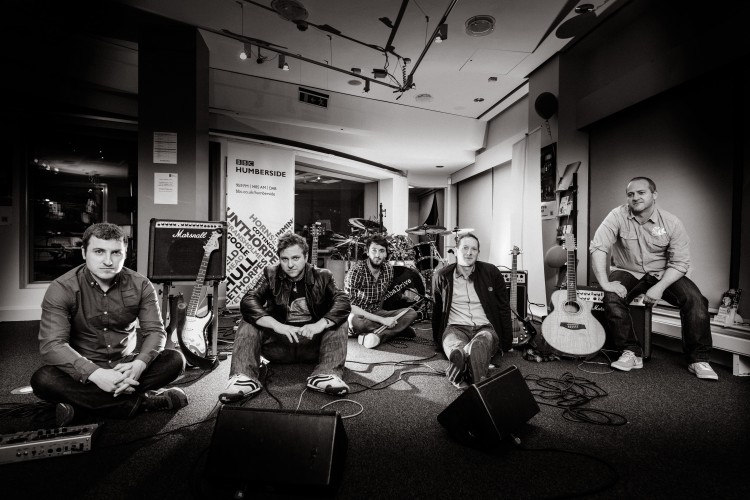 Cuba Drive are made up of brothers Vinny, John and Steve Shepherd. It was 2011, when Vinny found himself sitting on a pile of songs he had written and he says that this was getting ‘quite uncomfortable’. John (the youngest Shepherd) had completed a music degree and was getting older and even better on the guitar, having played in a band ‘the vultures’ and having album success and critical acclaim in a latin American fusion duo “Farino”. He is now CubaDrive lead guitarist and certified string genius.

Vin decided it was time to get some of his original music out there, so he asked a friend Spike (Iain Lowery), who plucks the bass real nice to join CubaDrive and ‘climb aboard the noise taxi’. The drummer Grav (Andrew Gravill) is a good friend of the band, he keeps beats for fun, having played in early childhood bands.

Steve the older brother heard the early recording of the debut album ’10 messages received’ and wanted to bring his own mutha plucking skills to the party, with his dreamy 12 string guitar and would you believe it CubaDrive was complete and was ready to spread the word…and the word was good.

Highlights so far for the band are having played for the BBC Introducing sessions, having headlined the unsigned artists tent at Tribfest, playing the Freedom festival in Hull and of course playing the Humber Street Sesh.

END_OF_DOCUMENT_TOKEN_TO_BE_REPLACED
« Cry Baby Cry
Cutting Teeth »
Home
Back
All details are correct at time of publication but may be subject to change without notice. This website contains copyrighted material which we have acknowledged where possible. If you are the owner of copyrighted material and do not agree with its use please contact us.
See our Terms and Conditions and Privacy Policy.
Copyright © 2022 Sesh Events
Web Design: The Missing Dimension