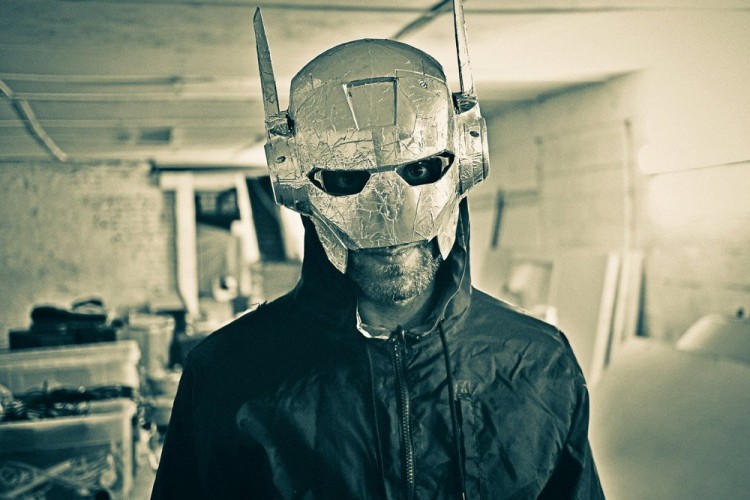 From the humble beginnings of a solitary, retro gaming, cheat code loving bedroom producer/remixer who quickly became increasingly prolific in his hometown through gigging relentlessly and outputting tunes faster than usb 3.0, to finally upgrading his accumulated experience points and becoming an unstoppable force to be reckoned with.

Now, with a fresh arsenal of weapon upgrades, special moves and killer combos, ‘Endoflevelbaddie’ works alongside legendary mc/hypeman ‘Player 1’, visual mesmeriser ‘Eyesaw’ and new addition ‘Beat em up’ on drums to provide the fevered crowd with an audio visual show like no other.
Powered up and ready to destroy the dancefloor, together they are the endoflevelbaddie…a fully fledged party starting machine!

Baddie drops chunky beats, big basslines and juicy samples, slicing up sounds and turning breaks into gut stuttering wobbles, Beat em up backs this all up with a solid wall of percussive breaks and solid rhythms while Player 1 engages the captivated masses with tip top toasting, on point rhyming and energetic hype, all the time accompanied by Eyesaw’s addictive visual showcase of cutting edge eye melting techniques and 8bit flavoured imagery.

They’ve played some of the major festivals, get regular BBC airplay, draw in a huge loyal crowd in their hometown and can turn a dancefloor full of unassuming strangers into a pulsing mass of hyperactive, shape throwing, head nodding fans wherever they go!

When Endoflevelbaddie perform you’d best make sure your batteries are charged, the health bar is full, you’ve practiced those special moves and you’re ready to get involved…its a multiplayer game like no other.

END_OF_DOCUMENT_TOKEN_TO_BE_REPLACED
« The Empty Page
The Escape Artist »
Home
Back
All details are correct at time of publication but may be subject to change without notice. This website contains copyrighted material which we have acknowledged where possible. If you are the owner of copyrighted material and do not agree with its use please contact us.
See our Terms and Conditions and Privacy Policy.
Copyright © 2022 Sesh Events
Web Design: The Missing Dimension