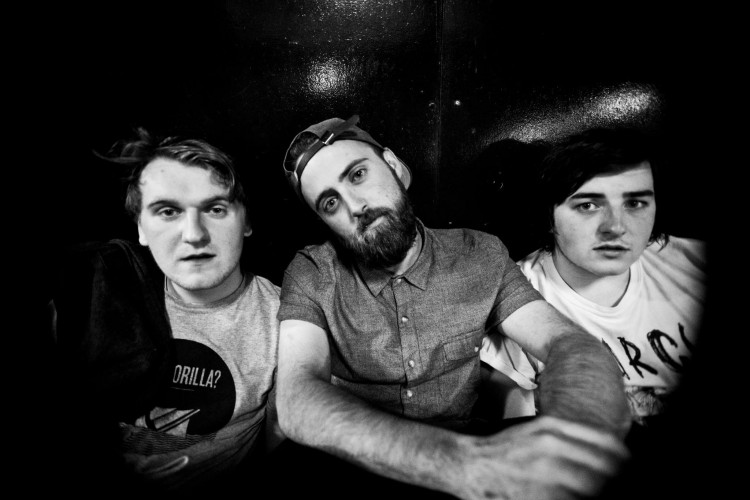 FOREVER CULT are an alternative rock band based in West Yorkshire, making a loud albeit impressive noise, blending the ball-bustingly brutal moments of 1990s Seattle grunge with the jaunty pop-minded lyrical charm of mid-00s British indie. After spending some time as a two piece, Kieran (guitar and lead vocals) and Aaron (drums), have been joined this summer by Alex (bass) to complete the line-up, and record and release their debut EP, “Fuxx”.

“It’s really hard – if you are trying – to write a great song around the two minute mark. Forever Cult, through a channelling of some energetic hybrid of Grunge and Indie, manage it twice, with ease, most likely because they weren’t really trying. That’s just how the songs arrive, and sometimes that can the most special thing of all. The EP is dominated by vital, bottled lightning like directness, full of youthful vigour and passion, only slightly expanded upon for closing track Luck.
So yes, I am excited. Go listen, download, and go see live, it’s that simple.”
Rhubarb Bomb

“The three-piece inhabit the sludgier end of the grunge spectrum with frontman Kieran working
between a mellow slacker drawl up to Taz-esque levels of vocal turmoil.” – Drowned In Sound

”…a clattering, visceral affair that shares an urgency with Leeds-based peers Eagulls and perhaps even an appreciation of noise similar to Hookworms.” – Artrocker

“[Fuxx] shows off their effortless ability to fuse punk tendencies and melodic leanings with a mid-Atlantic drawl. Opening track ‘Sinking’ has elements of Engine 88 and the Wrens about it whilst remaining resolutely indie at the same time. ‘Graves’, however, has more of an Arctic Monkeys feel about it, with a lip curl sneer and a sense of the glamorous – despite the song title. Final track ‘Luck’ starts as a lament with swagger but soon becomes a chugging juggernaut of a love song that many a band would be glad to have on their albums.”
Listen With Monger

END_OF_DOCUMENT_TOKEN_TO_BE_REPLACED
« Foolish Atoms
Freek »
Home
Back
All details are correct at time of publication but may be subject to change without notice. This website contains copyrighted material which we have acknowledged where possible. If you are the owner of copyrighted material and do not agree with its use please contact us.
See our Terms and Conditions and Privacy Policy.
Copyright © 2022 Sesh Events
Web Design: The Missing Dimension