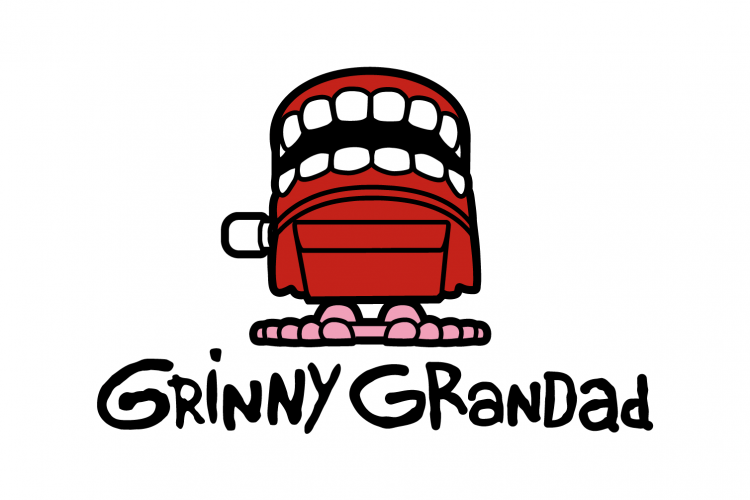 Grinny Grandad have had a pretty interesting career, from playing Glastonbury, Radio 1 sessions, music in Grand Theft Auto games and numerous TV shows, to securing a deal with Finger Lickin’ Records and gaining support from the likes of Groove Armada, Craig Charles, ASkillz, and Keith Lemon (!), these guys still remain humble. Fusing Funk, Breaks, Swing, Ghetto-Funk and surreal references to humour with old school record-crate creativity, you end up with an infectious brand of subterranean pop that makes you feel good inside.
2017 sees Grinny Grandad singles “(You’ve Got To Be) Free” and “Keep Your Hands to Yourself”
featuring the Breakspoll award winning Kymberley Kennedy on vocals followed by their long awaited album following their recent signing to Freshly Squeezed Music (JFB, Son of Dave).
There is no denying that this is the band that people will continue to spend their pocket money, wages and, God forbid, their giro on to see.

END_OF_DOCUMENT_TOKEN_TO_BE_REPLACED
« Gracie Falls
Growss »
Home
Back
All details are correct at time of publication but may be subject to change without notice. This website contains copyrighted material which we have acknowledged where possible. If you are the owner of copyrighted material and do not agree with its use please contact us.
See our Terms and Conditions and Privacy Policy.
Copyright © 2022 Sesh Events
Web Design: The Missing Dimension