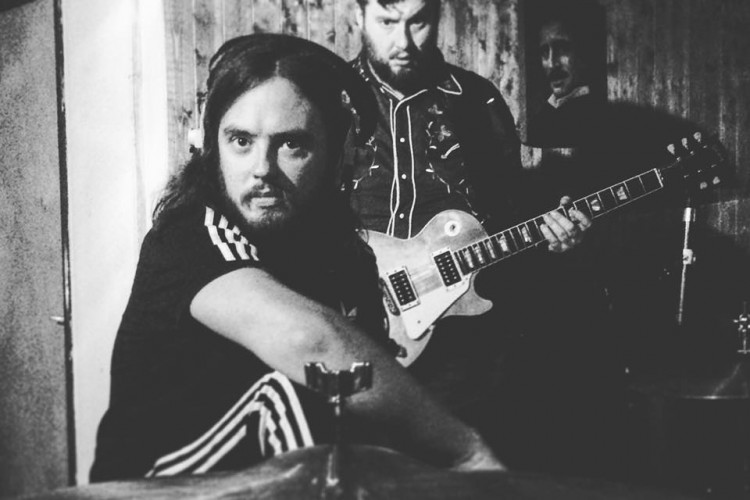 A two piece band from Sheffield, playing aggressive soul, absorbing life and singing about it. Hot Soles are a breathtaking duo who’s every live performance is a dynamic show-stopper. Since October 2010, the Yorkshire band have been wowing audiences from all walks of life with their rip roaring, raucous soul vibe.

When they first met during an idle lunchtime at school, one of them vigorously beat the other with a piece of wood. Fortunately, after much crying, sighing and some lengthy spells in detention, they decided to bury the hatchet and become best buds. It’s not every day that two sensual souls of such rare groove and voracious passion collide in the cosmos, and so, Hot Soles were born.

Their live shows are so high octane that you should probably consider bringing protective headgear and breathing apparatus if you’re of a nervous disposition. Their achievements include an incredible transatlantic jamming session with the legendary Duane Eddy on BBC Radio 5, performing to 20,000 people in Sheffield City Centre, European tours encompassing overseas festivals and countless local media and radio appearances. Along with these delights they’ve also had the pleasure of playing alongside a plethora of well-known artists including Franz Ferdinand, Vampire Weekend, Deap Valley, Catfish and the Bottlemen, Sleafod Mods, The 1975 and Dr Feelgood – to name just a few!

“In the not-entirely-crowded field of post-Black Keys blues-rock duos you might want to listen to, the Hot Soles deserve kudos for sounding like Solomon Burke fronting a 60s power trio (without the bassist, naturally)” – The Guardian

“Hot Soles take everything that is brilliant about rock and roll, condense it, then tell it to ‘stop fucking messing about’. The riffs come thick and fast and drums hit hard and true, and by the end of their 25 minutes in the spotlight every foot is tapping, every head is nodding and the applause is as rapturous as if they were headlining.” – Watch The Band Not The Pit

“Hot Soles are the most exciting Rock ‘n’ Roll band I have ever had the pleasure of working with, and have a very addictive live performance energy, which we needed to capture in the right studio environment” – Steve Power (producer – Robbie Williams, Blur, Joe Cocker)

It’s clear from building such a shimmering musical CV in such a short space of time that they have a mission. The mission is simple – to make a very loud noise filled with rare groove and ferocious gusto and liven up the musical landscape.

There are many duos, but there is only one Hot Soles.

END_OF_DOCUMENT_TOKEN_TO_BE_REPLACED
« Horseguards Parade
Hotel Lux »
Home
Back
All details are correct at time of publication but may be subject to change without notice. This website contains copyrighted material which we have acknowledged where possible. If you are the owner of copyrighted material and do not agree with its use please contact us.
See our Terms and Conditions and Privacy Policy.
Copyright © 2020 Sesh Events
Web Design: The Missing Dimension