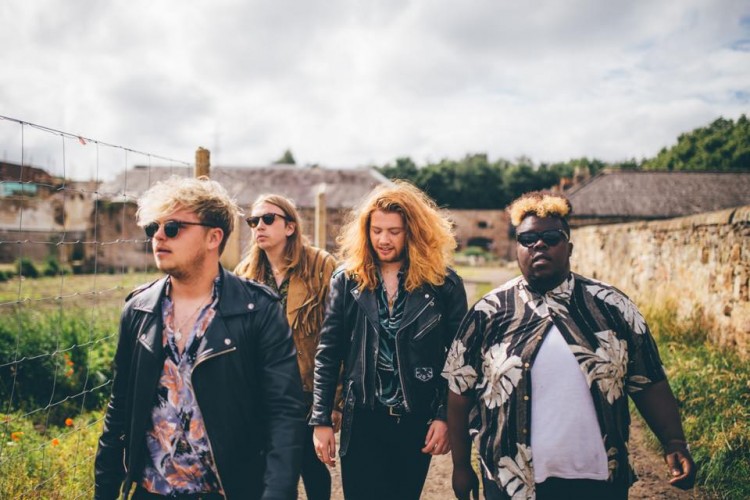 Indigo Velvet are a young Tropical-pop quartet from Edinburgh. They kickstart 2017 on Vic Galloway (BBC Radio Scotland) and Jim Gellatly’s (The Sun) ’one’s to watch’ lists, after a landmark 2016 saw them championed by Record of the Day, The Metro, Scotland On Sunday, Clash Magazine, The Sun, The Skinny Magazine. Radio play includes a spot-play on BBC Radio 1, Radio X, BBC Introducing, and live sessions on Amazing Radio and the Janice Forsyth Show on BBC Radio Scotland. They played to sizeable crowds at: T In The Park, Lindisfarne Festival, Belladrum Tartan Heart Festival and ended 2016 with a 12-date UK Tour.

Vic Galloway | BBC Scotland “Over a couple of years now Indigo Velvet have been hard at work in Edinburgh building a strong following and forging forward with an effervescent, sparkling, tropical indie-pop sound that is increasingly their own. They are young, talented,ambitious and going places. Watch them step up to the plate!”

END_OF_DOCUMENT_TOKEN_TO_BE_REPLACED
« Indigo Bones
Infidels »
Home
Back
All details are correct at time of publication but may be subject to change without notice. This website contains copyrighted material which we have acknowledged where possible. If you are the owner of copyrighted material and do not agree with its use please contact us.
See our Terms and Conditions and Privacy Policy.
Copyright © 2022 Sesh Events
Web Design: The Missing Dimension