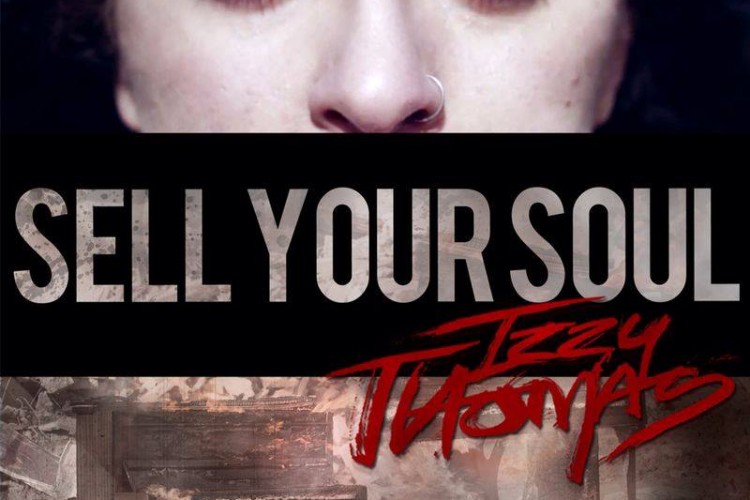 “Keep selling your soul, to make your gold, keep singing those words like their your own, but I’ll never sell my soul” – This statement summarizes everything Izzy stands for as a young, female UK artist, driven on making music with a message a come back, on today’s scene of popular music.

British artist Izzy Thomas built her following purely by touring extensively across the U.K with her band, and her vision behind her. Her debut six track EP “Sell Your Soul” has just been released, and has already gained the support of the BBC having played live lounge sets, and been interviewed on BBC Introducing West Yorkshire and BBC Asian Network.

Her music is a mix of dark pop/rock, with a current electronic twist, effortlessly blended by powerhouse, yet soulful vocals

Following the recognition from the BBC, EP title track “Sell Your Soul” has been secured as sound track for upcoming film/documentary “God Save the Queen”, set to premiere on television/online in early 2015.

God Save The Queen Trailer – http://gstq.urbankingdom.tv/videos/official-film-trailer/

Jo Jo (Capital FM Breakfast show) – “A raw talent who totally rocks. She has a cool raspy voice and comes with added sass! She effortlessly connects with her audience.”

END_OF_DOCUMENT_TOKEN_TO_BE_REPLACED
« Ist Ist
Jack Conman »
Home
Back
All details are correct at time of publication but may be subject to change without notice. This website contains copyrighted material which we have acknowledged where possible. If you are the owner of copyrighted material and do not agree with its use please contact us.
See our Terms and Conditions and Privacy Policy.
Copyright © 2022 Sesh Events
Web Design: The Missing Dimension