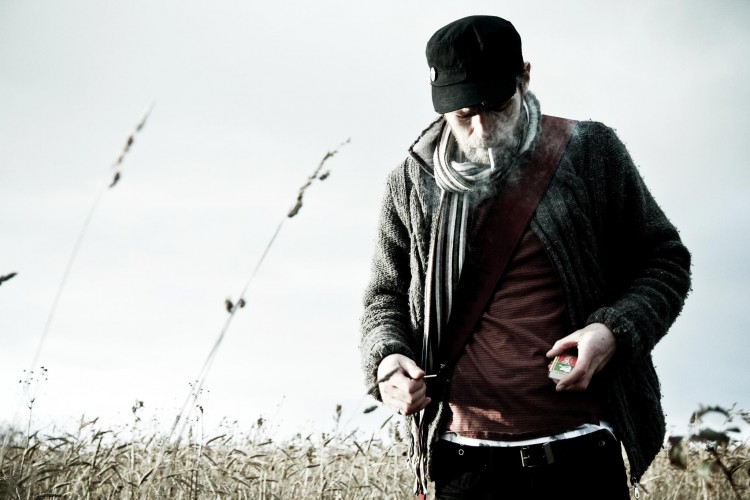 A humble and honest poet, Jody McKenna delivers beautifully crafted acoustic music inspired by songwriters of all eras, from Dylan to Bright Eyes.

His Debut album ‘The North Wind’ is a collection of his early solo work that was recorded during his time spent in local studios with good friends who offer subtle musical embellishments which compliments these early songs.

The North Wind is an album full of innocence and integrity, which has opened Jody’s music to thousands of people since its CD release furthering Jody’s musical journey from his flat in Hull to now hosting sell out shows and winning over crowds at festivals such as Freedom, Beverley Folk Festival and Galtres with his new band.

Much of this happened after Jody’s appearance on Channel 4’s ‘The Secret Millionaire’ where he helped local youth project The Warren receive £20,000 from businessman Martin Stamp. The money helped set up Warren Records and enabled the project to further support and develop local musicians.

‘The North Wind’ is available on Warren Records on CD from www.warrenrecords.org or digitally from all good online stores.

Jody McKenna Started playing and writing at 18 and soon had many songs under his belt. He then formed a duo named the Peasants and began to play the local circuit.

The duo disbanded and Jody took part in a project at the Warren Young peoples Centre called Hull Urban Collective where he met many friends who would help him push his music further.

Jody then went on to play a string of great supports and shows with the likes of Finley Quaye, Noah and The Whale, Magic Numbers, Jersey Budd, Cherbourg plus many more, creating a dedicated following around the city and now playing nationally.

Jody appeared on Channel Fours ‘Secret Millionaire’ programme in which himself and fellow musician Keith Hagger befriended successful businessman Martin Stamp; and through their dedication and honesty inspired him to donate £20,000 to the Warren Young Peoples Project.

Jody has recently made music with musicians Nahro Zagros, Andy Swift and Dave Gawthorpe and is continuing to work with many people making new music and playing new shows.

END_OF_DOCUMENT_TOKEN_TO_BE_REPLACED
« Jaz Beeson
Joe Russell Brown »
Home
Back
All details are correct at time of publication but may be subject to change without notice. This website contains copyrighted material which we have acknowledged where possible. If you are the owner of copyrighted material and do not agree with its use please contact us.
See our Terms and Conditions and Privacy Policy.
Copyright © 2020 Sesh Events
Web Design: The Missing Dimension