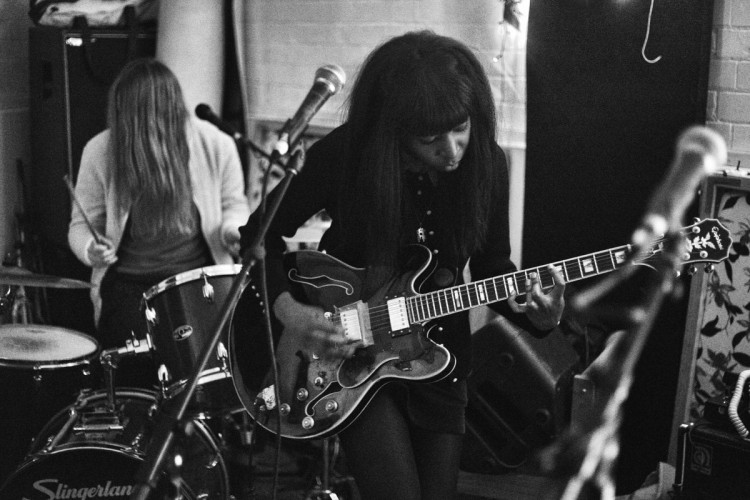 JUNK. formed in October 2013 in York, UK. Eschewing technical ability in favour of short, jangly hooks, JUNK. blend male / female vocals a la The Pastels and The Vaselines, with the Big Muff moments of Dinosaur Jr.

Following their well received download ‘All I Really Wanna Do (Is Baby Get Drunk With You)’, JUNK. released their debut E.P. ‘Car’ in July 2014 via CHUD Records. Coming in at around twelve minutes, ‘Car’ races through four tracks of trashy indie pop.

In early 2015 the band released their second E.P. ‘Liquorice’, which was followed by a string of UK tour dates and a slot at Indietracks Festival. In September 2015 JUNK. released their single ‘Dennis Wilson’, one of the more mellow tracks from ‘Liquorice’.

JUNK. are currently working on EP number 3 with tour dates in London and the North of England booked for this summer.

END_OF_DOCUMENT_TOKEN_TO_BE_REPLACED
« JT
Kashmere »
Home
Back
All details are correct at time of publication but may be subject to change without notice. This website contains copyrighted material which we have acknowledged where possible. If you are the owner of copyrighted material and do not agree with its use please contact us.
See our Terms and Conditions and Privacy Policy.
Copyright © 2022 Sesh Events
Web Design: The Missing Dimension