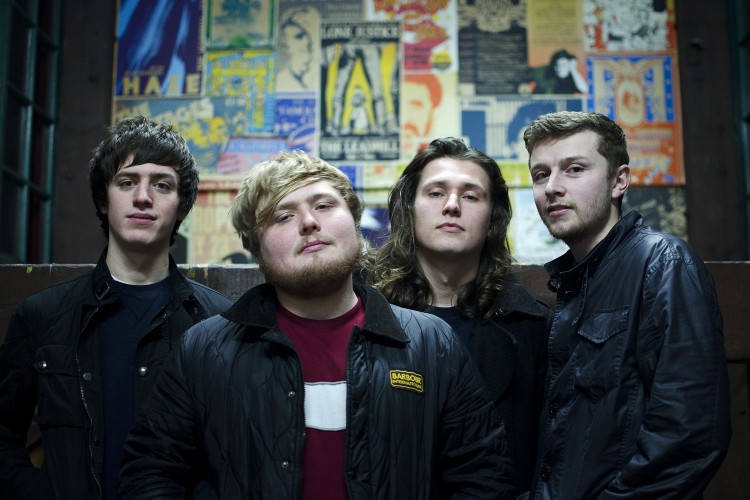 Hailing from the Sheffield suburbs, which have produced some of the UK music’s most exciting bands, Liberty Ship have toured with the likes of King Charles and Reverend and The Makers, played their own sold out home-town shows and were chosen from over 1500 applicants to open the main stage at 2015’s Tramlines Festival. They supported Joe Carnall Jnr at his 2015 Xmas Show which featured performances from various members of Milburn, Reverend & the Makers, The Subways, The Zutons and Arctic Monkeys and were also asked to open for Milburn at their triumphant sold out four night run at O2 Academy Sheffield.

In the Summer of 2016 they were invited to play some of the UK’s most prestigious festivals including Isle of Wight, Kendal Calling, Y Not and Leeds Festival, adding further weight to This Feeling / Fred Perry Subculture’s words who dubbed the band as ones to watch.

Their debut single, “Learning to Fly” and it’s follow up, “Don’t Wish” were playlisted on indie radio stations all around the world including the UK, Ireland, France, Germany, Australia, New Zealand, South Africa and across the USA from New York to LA and the fantastic artwork for each of their releases comes courtesy of Sheffield’s world renowned graffiti artist, illustrator and MC; Kid Acne.

“We’ve heard two Liberty Ship tracks set for release early this year and they are, no word of a lie, phenomenal. Lee Mavers like phenomenal. That good.” – This Feeling / Fred Perry Subculture ‘Big in 2016’

END_OF_DOCUMENT_TOKEN_TO_BE_REPLACED
« Liberatae Mae
Life »
Home
Back
All details are correct at time of publication but may be subject to change without notice. This website contains copyrighted material which we have acknowledged where possible. If you are the owner of copyrighted material and do not agree with its use please contact us.
See our Terms and Conditions and Privacy Policy.
Copyright © 2022 Sesh Events
Web Design: The Missing Dimension