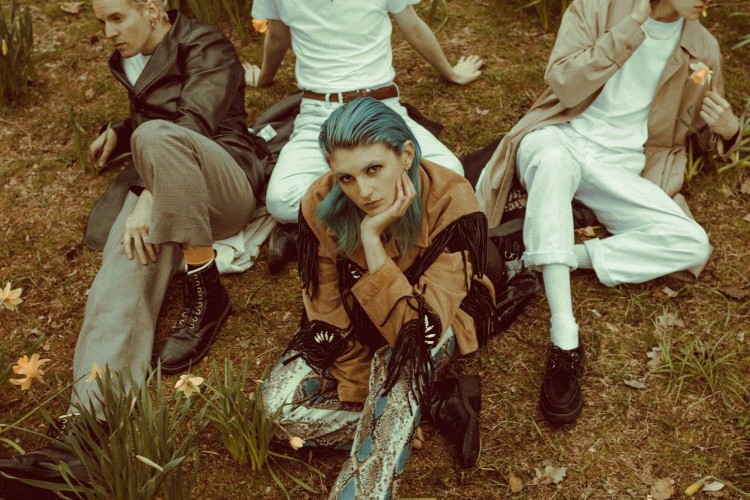 Bubbling under the surface of the cities DIY indie scene for the past year, Glasgow’s LUCIA mix the bubblegum aesthetic of The Ronettes and Best Coast, with the seething punk attitude of Bikini Kill, LUCIA channels relatable simplicity in her lyrics, detailing the trials of a doomed teenage friendship and angst across Spector-esque production.

Discovered as a street busker in the streets of Glasgow, LUCIA has supported the likes of Black Honey, The Big Moon and The Undertones as well as head turning appearances at Scotland’s T in the Park and inner city Glasgow festival Tenement Trail. Following the release of her ‘Best Boy’ EP on Glasgow indie label Dead Beet Records, LUCIA won the adoration of music fans across her home country as well as receiving glowing praise and support from the likes of NYLON (NYC), The Line Of Best Fit, DIY and BBC Radio, culminating in a performance at London Fashion Week and a sold out hometown headline at The Berkely Suite. Live favourite ‘Saturday Is Dead’ was supported widely by Spotify and included in the New Music Friday playlist and since raked up over 84,000 streams.

END_OF_DOCUMENT_TOKEN_TO_BE_REPLACED
« Low Hummer
Lucy Marshall »
Home
Back
All details are correct at time of publication but may be subject to change without notice. This website contains copyrighted material which we have acknowledged where possible. If you are the owner of copyrighted material and do not agree with its use please contact us.
See our Terms and Conditions and Privacy Policy.
Copyright © 2022 Sesh Events
Web Design: The Missing Dimension