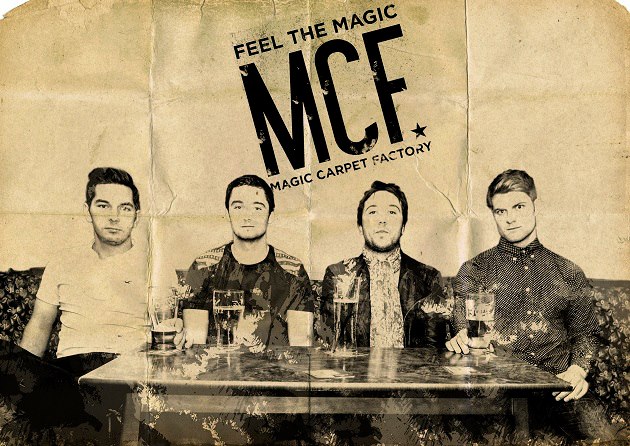 Hailing from Hessle, Magic Carpet Factory, sometimes known as ‘MCF’ list some of their influences as Courteeners, The Stone Roses and the Arctic Monkeys.

MCF released a double-A side single in May this year titled ‘Relied on Luck/Midnight Kiss’.

‘Relied on Luck’ has received radio play by the BBC, and was recently named as a ‘single of the month’ by the indiemine.com.

Magic Carpet Factory have gigged alongside bands such as Tribes, The Enemy, Peter Hook and The Pigeon Detectives.

END_OF_DOCUMENT_TOKEN_TO_BE_REPLACED
« The Magdalenes
Magic Mountain »
Home
Back
All details are correct at time of publication but may be subject to change without notice. This website contains copyrighted material which we have acknowledged where possible. If you are the owner of copyrighted material and do not agree with its use please contact us.
See our Terms and Conditions and Privacy Policy.
Copyright © 2022 Sesh Events
Web Design: The Missing Dimension