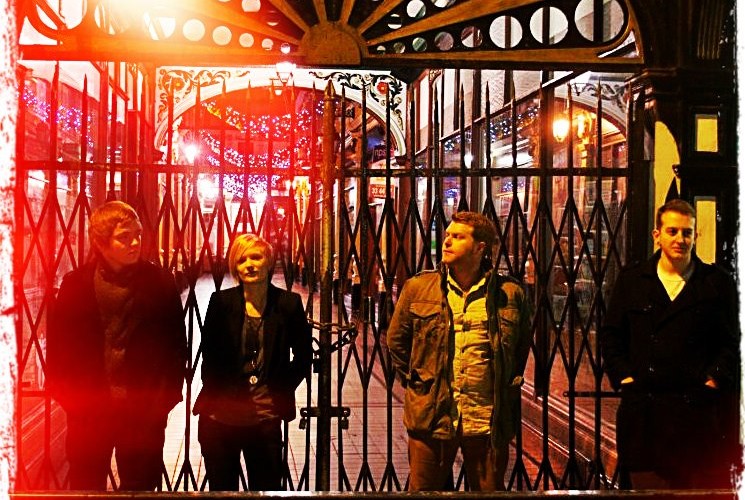 The Mighty and The Moon blasted into existence in 2012. The 4 piece from Yorkshire, UK blend Alt-Country, Folk and Indie Rock to create a musical formula that is instantly recognizable. Each song stands on it’s own with each persons influences shining through to create a dynamic, powerful and emotional sound. The group formed in Hull, UK and feature a Welsh brother and sister rhythm section. The band have already gained an impressive image and reputation as a professional, hard working and creative outfit. They have played many gigs to great responses and have received regular airplay on BBC Radio Humberside, BBC Radio Leeds and Exit WEXT New York alongside live sessions for BBC Radio.

‘Holy crap! These guys are a hit! Massive!!! This is the future of music!! I Love the smell of a hit in the morning.” – Chris Wienk (Programme Director, Exit 97.7 WEXT, New York)

“The Mighty and the Moon are a band of stark contrasts. At times they create the kind of blues-soaked, back-room folk-rock that would sound right at home in Tom Waits’ record collection, with gnarled, powerful vocals, spiky lead guitar and darkly brilliant songwriting – try ‘Ghost’ on the music player and you’ll see what we mean. And then, at times, The Mighty & The Moon’s music is dazzlingly pretty, with lush chords and upbeat compositions. Catch this band for a journey through the light and shade of the folk-rock genre.” – Galtres Parklands Festival

“We were recharging in the food hall when this four piece from Hull took to the Main Stage. Lunches immediately discarded, we went in search of the upbeat alternative country sounds and found ourselves pleasantly jigging along to The Mighty and the Moon. The band take a tried and tested indie-folk formula and add some sultry country guitar and powerful, emotive vocals to create music that you can’t help but warm to. We now count ourselves big fans of The Mighty and the Moon.” – Nadine Wilson (Pepper)

END_OF_DOCUMENT_TOKEN_TO_BE_REPLACED
« The Mexanines
Mike Wright »
Home
Back
All details are correct at time of publication but may be subject to change without notice. This website contains copyrighted material which we have acknowledged where possible. If you are the owner of copyrighted material and do not agree with its use please contact us.
See our Terms and Conditions and Privacy Policy.
Copyright © 2022 Sesh Events
Web Design: The Missing Dimension