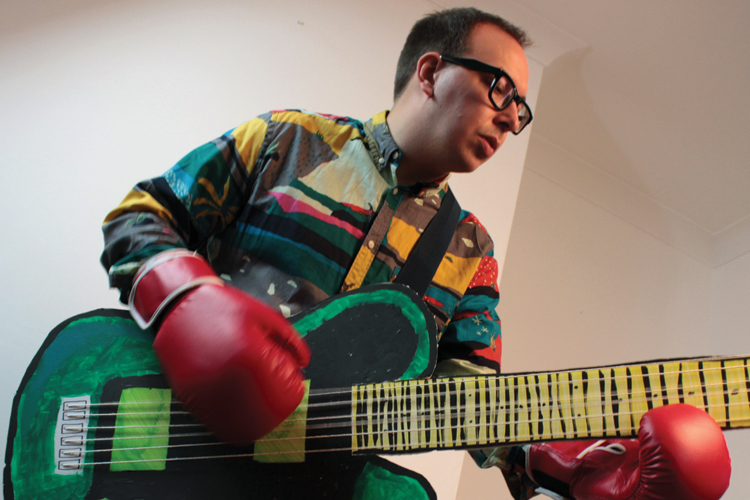 My Pleasure is a weird-pop solo project from Hull, UK, with a cynicism in his lyrics often focusing on the more mundane aspects of life. Influences include The Fall, LCD Soundsystem, The Beautiful South and more recently, Parquet Courts.

Tracks from My Pleasure’s releases ‘Your House Is Made Of Nothing and You Are No One’ and ‘Party Popper EP’ were played on BBC 6 Music, BBC Radio 2, Radio X, Absolute Radio & BBC Introducing.

A small UK tour is planned for July-September 2017 to support the release of My Pleasure’s debut album, ‘Domestic Bliss’.

END_OF_DOCUMENT_TOKEN_TO_BE_REPLACED
« My Hi
Myoke »
Home
Back
All details are correct at time of publication but may be subject to change without notice. This website contains copyrighted material which we have acknowledged where possible. If you are the owner of copyrighted material and do not agree with its use please contact us.
See our Terms and Conditions and Privacy Policy.
Copyright © 2022 Sesh Events
Web Design: The Missing Dimension