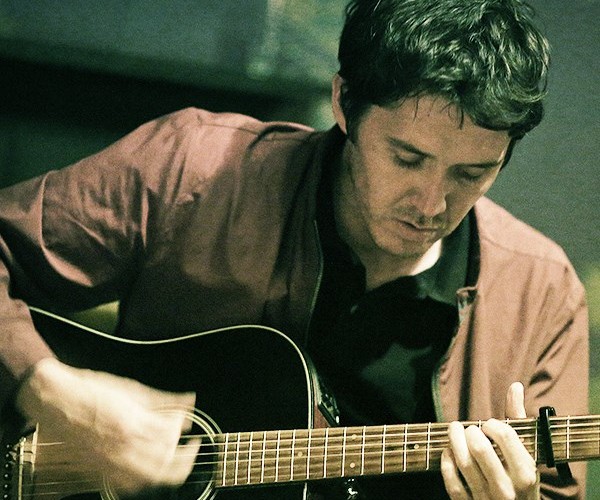 Neil Thomas is a songwriter from Hull, England. His songs blend beautiful folk inspired melodic guitar with atmospheric vocals, loop pedals and warm distorted leads. His music draws inspiration from Nick Drake, Jackson C Frank, The Beatles, Beck and Radiohead amongst many others.

His debut EP released in spring 2015 was described by BBC Introducing as “One of the outstanding EPs of the year so far” and continues to receive regular airplay on the BBC, Amazing radio and further afield.

During the last year Neil Thomas has made his name on the local music scene, playing two live sessions at the BBC and appearing at numerous festivals and intimate acoustic nights across the region. He recently supported ‘This Is The Kit’ on their European tour at the legendary Adelphi Club in Hull.

“His latest EP is really special, It’s extremely good. I’ve played this EP to death over and over and over. I just love it”
Alan Raw, BBC Introducing

“Neil Thomas’s almost effortless mastery of the guitar is evident throughout the EP. The five songs on the EP are rich with melodic guitar, percussion and soothing vocals. It is a sound that you can get lost to and that will also seep into your skin”.
Pure M magazine, Dublin

END_OF_DOCUMENT_TOKEN_TO_BE_REPLACED
« Need
NewMeds »
Home
Back
All details are correct at time of publication but may be subject to change without notice. This website contains copyrighted material which we have acknowledged where possible. If you are the owner of copyrighted material and do not agree with its use please contact us.
See our Terms and Conditions and Privacy Policy.
Copyright © 2020 Sesh Events
Web Design: The Missing Dimension