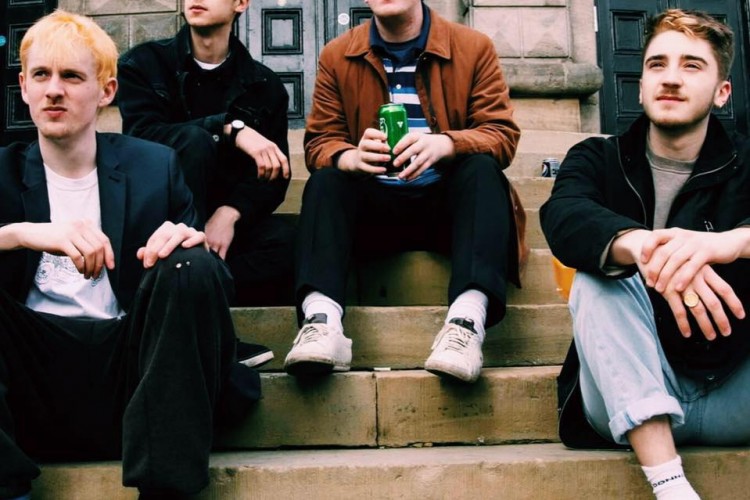 Party Hardly are a band of well-mannered individuals based out of Leeds that someone was once overheard saying sounded like “Blur meets surf-y rock with a bit of Beach Boys shoved up its arse”. The band was initially dreamt up in the bedroom of lead singer Tom Barr’s house with the boys Matt, Stan & Lachlan back in early 2016. Since these bedroom beginnings, their style has been refined and cultivated into something truly special. Throughout their early life as Party Hardly they have developed a growing reputation for dreamy sets around the North, supporting the likes of Trudy & The Romance, Mouses, Bruising, Diet Cig, Cowtown, INHEAVEN & The Magic Gang.

Party Hardly combine sweet sounding harmonies with woozy pop-fueled catchy guitar riffs to great effect and the gang have been in and out of the studio in recent months which has resulted in their first two singles Friendly Feeling & Jobs. With more studio time booked in throughout 2017, keep an eye out for more from Party Hardly & catch them in a town near you soon!

“Strung out and dictated by sweet-as-can-be hooks, it’s the sound of youth taking a big next step, with fear, trepidation and excitement battling it out in one beastly dance.” – DIY Magazine

“With the first single Friendly Feeling earning the band lofty praise from across the board, Louder Than War are pleased to premiere the Party Hardly’s second release, the equally woozy, deliciously narcotic Jobs”. – Louder Than War

“New & Notable Party Hardly skirt the line between dream pop and Britpop with plenty of cheek and energy to spare.” – Bandcamp

END_OF_DOCUMENT_TOKEN_TO_BE_REPLACED
« Parka
Patrick Joseph Tobin »
Home
Back
All details are correct at time of publication but may be subject to change without notice. This website contains copyrighted material which we have acknowledged where possible. If you are the owner of copyrighted material and do not agree with its use please contact us.
See our Terms and Conditions and Privacy Policy.
Copyright © 2022 Sesh Events
Web Design: The Missing Dimension