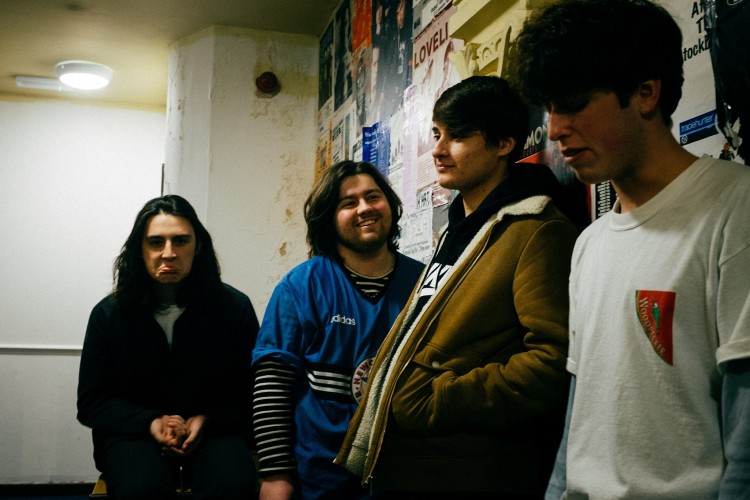 Since forming in late 2015, PLAZA have quickly gained a reputation for their intelligent songwriting and chaotic live shows around the UK, which includes supporting the likes of Rat Boy, Gengahr and High Tyde as well as showcase performances for DIY & The Tipping Point and also BBC Introducing support including plays on Radio 1 and live performances on their local station. From these marquee shows, to house party and rehearsal room gigs, and slots at some of the UK’s key new music festivals the lads have honed their craft to perfection.

Press:
“Headstrong and intelligent, PLAZA’s mathematical take on anthemic indie ties itself in ever-tightening knots from the off ” DIY Magazine

“PLAZA are small town dreamers with an edge. Brattish grunge pop with an obnoxious vibe, they’re out to annoy and entertain in equal measures.” Clash

END_OF_DOCUMENT_TOKEN_TO_BE_REPLACED
« Plague Vendor
Pleasure Centre »
Home
Back
All details are correct at time of publication but may be subject to change without notice. This website contains copyrighted material which we have acknowledged where possible. If you are the owner of copyrighted material and do not agree with its use please contact us.
See our Terms and Conditions and Privacy Policy.
Copyright © 2022 Sesh Events
Web Design: The Missing Dimension