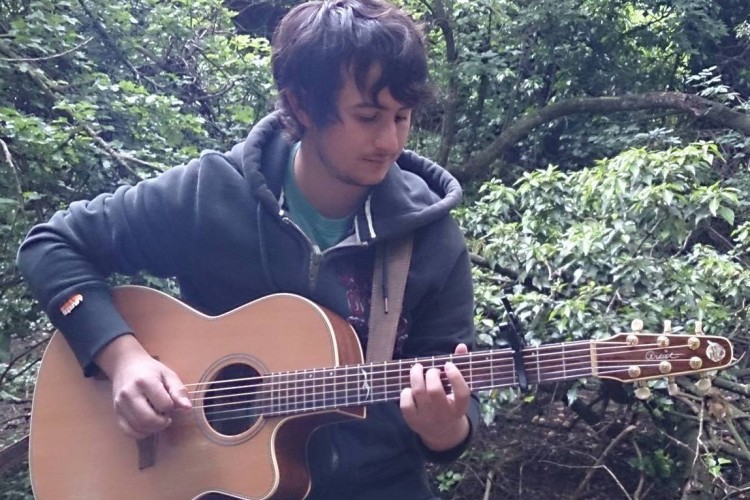 Sam Arkut is a 20 year old folk singer, songwriter and guitarist from East Riding of Yorkshire, who lives in a village of Anlaby, near Hull. He started learning guitar at the age of 15, when he discovered some of his biggest influences that made him enthusiastic in learning.

He plays the acoustic guitar in a different unique way called percussive-fingerstyle-guitar, which involves hitting the body of the guitar as a percussive instrument and tapping the strings at the same time as well as singing to suit his playing. His style of playing is hugely influenced by Newton Faulkner.

He has supported Alexandra Burke, Marcus Collins, Elliott Morris (played many shows with Ed Sheeran) and David Barton (performed along side with Catherine Jenkins and Jamie Cullum). He has performed at Hull City Hall, Sheffield City Hall and he has also performed on the IndigO2 stage at the O2 arena in London.

He has been given an award for his best original song ‘Sitting By The River’ in North of England and Scotland in 2012.

After playing all these gigs and festivals, he is hoping to continue performing more gigs as much as he can for everyone to enjoy his music, as well as creating more fan base and see where it takes him.

Rob Underwood (BBC Radio Lincolnshire) – “You have to see it to believe it!”

Viking FM – “Who was that guy making his guitar sounding like there is more than one instrument!”

David Barton (supported Jamie Cullum and Katherine Jenkins) – “I wouldn’t want to choose a favourite, but if I had to it would be Sam Arkut.”

END_OF_DOCUMENT_TOKEN_TO_BE_REPLACED
« Salvador
Sam Connolly »
Home
Back
All details are correct at time of publication but may be subject to change without notice. This website contains copyrighted material which we have acknowledged where possible. If you are the owner of copyrighted material and do not agree with its use please contact us.
See our Terms and Conditions and Privacy Policy.
Copyright © 2022 Sesh Events
Web Design: The Missing Dimension