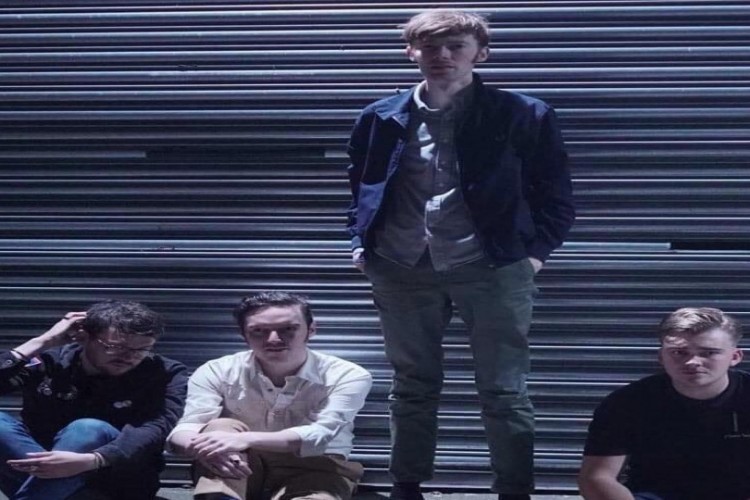 Sisteray came together out of their shared love for bands such as The Smiths, Velvet Underground, The Clash and The Replacements. This is proven in the upbeat melodies and lyrical observations of 21st century Britain, combined with high-octane live performances that have been key to making their live shows unmissable. They have recently built up their live audience through a series of #guerillagigs, using everything within their means to persuade promoters to let them have a first on slots at shows big and small, witnessed by Subculture describing:
“The night began with Sisteray playing yet another spontaneous Camden show, their effortless guitar riffs and high energy proves that the boys are a force to be reckoned with”.

This was followed by an insistence that they were allowed to curate their own headline show, where they chose the bands and DJs, it was a sell-out success and was followed but memorable shows across the UK, including at Isle of Wight and Leeds Festivals and others in the summer of 2016.

The bands belief and passion in their music, as well as their strong political views has been seldom seen since the days of The Clash; with Dan recently asked to appear on primetime BBC News, ITV and The Independent to voice his views on the recent Syria debate.
​
Word is beginning to spread in the likes of BBC Radio 1, Radio X, Fresh on the Net, Louder Than War, Artrocker, BBC 6 Music, Subculture, Gigslutz, Time Out and The Londonist.

“…the band radiate the sense of Men On A Mission who engage both with their audience and the wider world beyond Camden” – Tom Robinson, BBC 6 Music

“Punk rockers causing a buzz in their native London, sold out shows aplenty, and with a Rory Attwell (The Vaccines/Palma Violets) produced EP in the can and due for release soon, expect that to swell” – Fred Perry Subculture

END_OF_DOCUMENT_TOKEN_TO_BE_REPLACED
« Sirens in the Delta
Sister Strange »
Home
Back
All details are correct at time of publication but may be subject to change without notice. This website contains copyrighted material which we have acknowledged where possible. If you are the owner of copyrighted material and do not agree with its use please contact us.
See our Terms and Conditions and Privacy Policy.
Copyright © 2022 Sesh Events
Web Design: The Missing Dimension