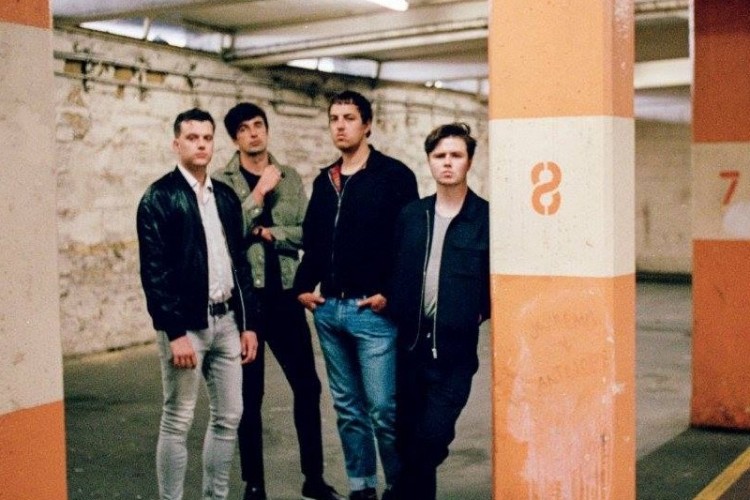 Formed of Niall Clancy (bass, vocals), Aaron Duff (guitars), Liam O’Connor (guitars) and Paul Cosgrave (drums), early demos of ‘Demons’ and ‘Cooper’s Dream’ were immediately praised by fans and caught the attention of London label Straight Lines Are Fine, who in the summer of 2015 recorded their sell-out debut EP ‘Cathedral’ at the Manic Street Preachers’ FASTER studio in Cardiff with Kevin Vanbergen (The Pixies, The Maccabees, Dinosaur Pile-Up, The La’s and Biffy Clyro).

Since then the band has been hotly tipped by tastemakers both in Ireland and the UK, with Drowned In Sound, Q Magazine, The Line Of Best Fit, Hot Press and The Irish Times, amongst many others citing them for big things.

END_OF_DOCUMENT_TOKEN_TO_BE_REPLACED
« Slim Tubby & The Vitamin D's
Slowcoaches »
Home
Back
All details are correct at time of publication but may be subject to change without notice. This website contains copyrighted material which we have acknowledged where possible. If you are the owner of copyrighted material and do not agree with its use please contact us.
See our Terms and Conditions and Privacy Policy.
Copyright © 2022 Sesh Events
Web Design: The Missing Dimension