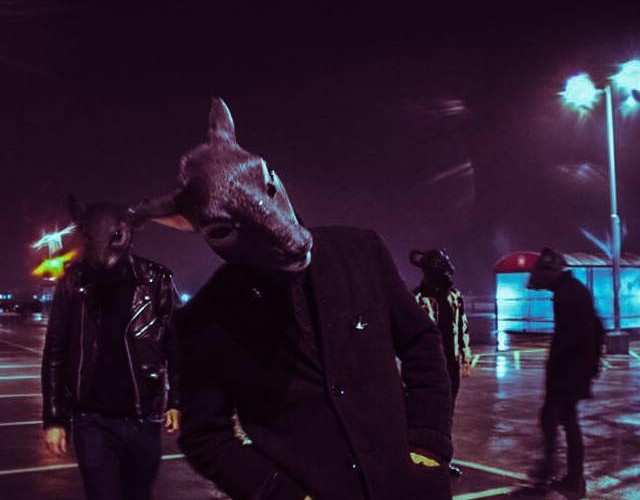 Like the town they hail from Strange Bones have seen a lot in their short history. Brought up with punk rock by a father who not only lived and breathed the world of punk, but filmed the whole thing too. John and Karen Bentham realised in the 80’s that somebody better capture all these bands coming through the North West, so set out with his cine camera to do just that. Filming everybody from the UK Subs to GBH, Black Flag to Throbbing Gristle, they filmed them all.

When their boys came along they spent nights educating these wide-eyed kids to the magic of rock music played loud, fast but above all for a purpose. Do what you want boys, but do it because you believe in it. While you were watching Blue Peter, Strange Bones were watching Black Flag live from Leeds.

With this education and a belief in their talent, in their early teens they formed a punk-band and played nearly 1000 shows together around the world: Japan, US, Australia, Italy, Spain, Germany – played them all. Toured with Rancid, did a Maida Vale session and a Big Weekend for Radio 1. Had a Zane Lowe Hottest Record and won XFM Awards.

In 2014, now still only in their early 20’s, Bob and Will Bentham teamed up with lifelong friend Stuart Newburn and formed Strange Bones. Just mates, playing punk rock music together in this most independent of British towns.

Then they started again.

First comes ‘Sick of it All’(SOIA) a powerful slab of Blackpool Rock. But the music falls out of them: Marbles, Gods Girls, Dutch, God Save the Teen all towering melodies and deep riffs. Annie Mac plays the record, gigs start getting booked and Blackpool is on the road again.

Strange Bones are a three piece from Blackpool. Bobby Bentham, vocals and guitar. Will Bentham, vocals and bass guitar and Stuart Newburn, drums. They are putting loud music out again, it’s worth listening to because it has a purpose. Their mum and dad are proud of them.

END_OF_DOCUMENT_TOKEN_TO_BE_REPLACED
« Stimpy Myth
Streaming Lights »
Home
Back
All details are correct at time of publication but may be subject to change without notice. This website contains copyrighted material which we have acknowledged where possible. If you are the owner of copyrighted material and do not agree with its use please contact us.
See our Terms and Conditions and Privacy Policy.
Copyright © 2022 Sesh Events
Web Design: The Missing Dimension