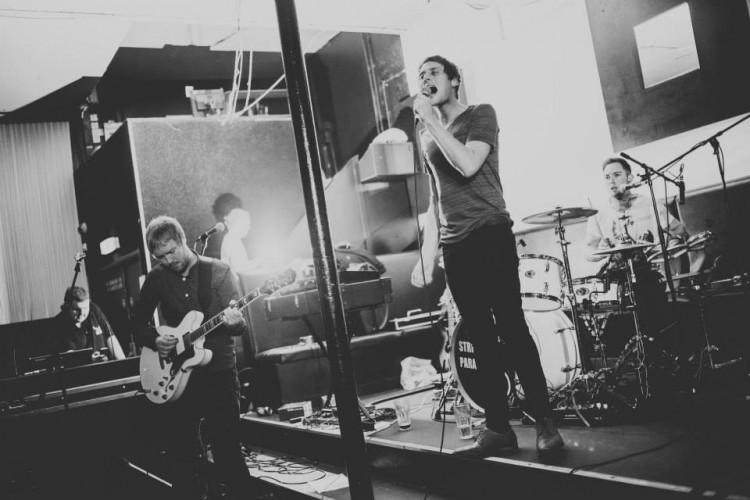 A true live experience, UK based Street Parade manipulate electronic dance music with all the live elements of an energetic live band.

It’s astonishing that such a big sound can come from this three-piece band. Live drum dance beats mixed with bass lines, are the undeniable backbone that mix seamlessly with addictive keyboard and synths. Add in vocals and guitar, and Street Parade step in to a league of their own.

Dance beats sing along lyrics and a hard hitting indie format equals a growing fan base, top performance capability and music that will leave you lost for words.

“A three Piece with the swagger you’d expect from a band that gives acknowledgment to the baggy sounds of Manchester circa 1990. Yet they possess the energy of noughties favourites Bloc Party and The Rapture, alongside the current stance of Kasabian. Lead singer Andy Carmichael leads from the front with honey filled vocals. Their sound is driven throughout, courtesy of the pulsating stick work from Dave Bennett and the distorted bass lines of Chris Howes. Overall, Street Parade are now a musical force to be reckoned with.”  Mark Page (The Sesh)

“Their influences are obvious throughout the album; Kasabian, Stone Roses, Primal Scream, & The Sunshine Underground. The result is an album that harkens back to the baggy days of the 90’s, seamlessly switching between bass heavy anthems and blissed out tracks. And if they occasionally sound a bit retro, well, that’s no bad thing- it’s just proof that they know a thing or two about writing a catchy tune.”   TenFootCity Magazine

END_OF_DOCUMENT_TOKEN_TO_BE_REPLACED
« Streaming Lights
Street Urchin »
Home
Back
All details are correct at time of publication but may be subject to change without notice. This website contains copyrighted material which we have acknowledged where possible. If you are the owner of copyrighted material and do not agree with its use please contact us.
See our Terms and Conditions and Privacy Policy.
Copyright © 2022 Sesh Events
Web Design: The Missing Dimension