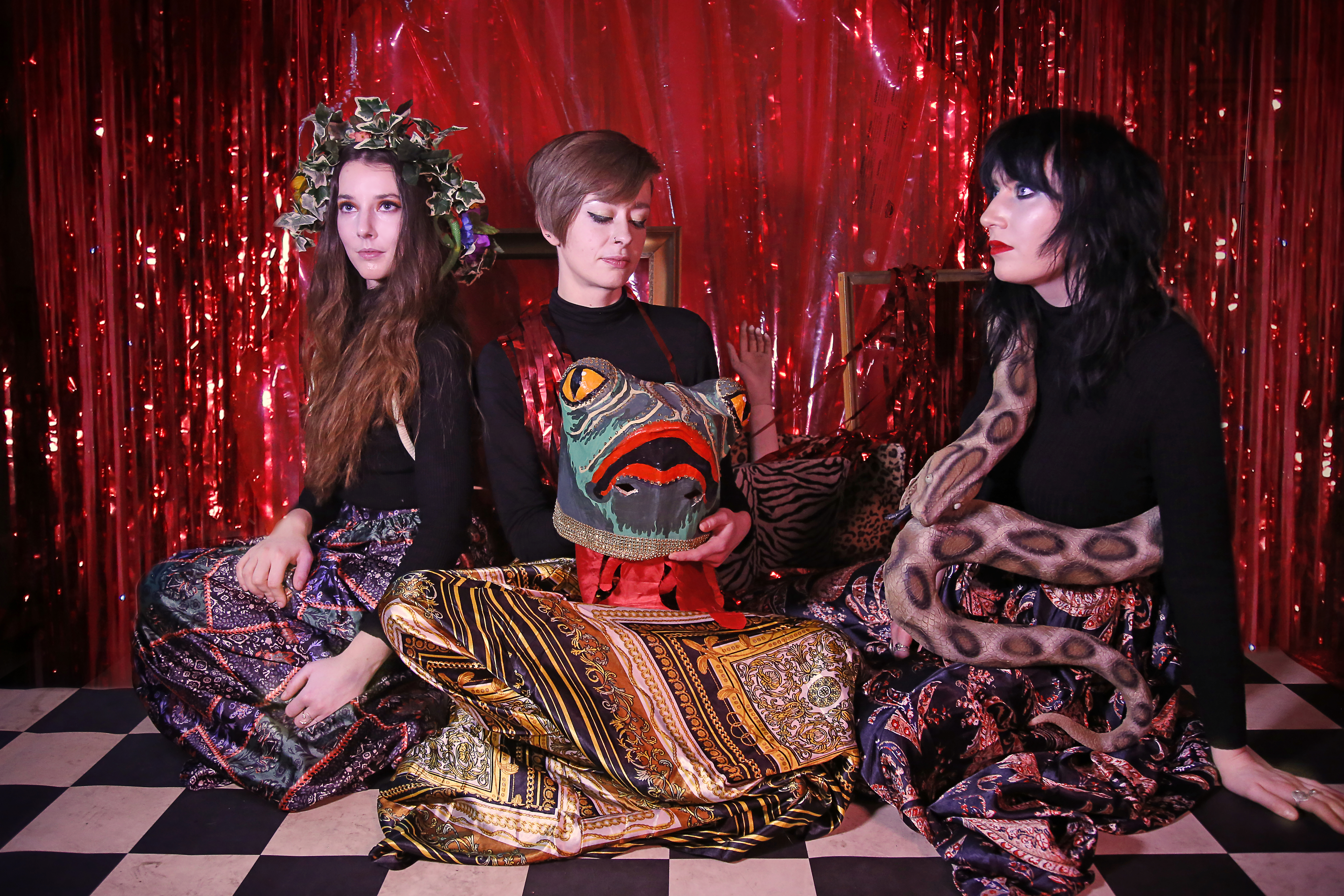 Dyr is Old Norse for Deer}

The Dyr Sister’s Fairy-tales for the Modern Gentleman is an ever-growing compendium of anti-ballads chronicling the banality of modern existence.

Combining contemporary folk with post-hiphop and electronic music genres the Dyr Sisters songs are delivered with driving percussive beats via a backdrop of strings including Viola/Guitar (Sally Currie), Harp (Stephanie Halsey) and Bass Guitar (Sarah Shiels) and layered with haunting and ethereal vocal harmonies. This is a devastatingly beautiful expression of what it means to be alive and kicking and still telling tales in these bleak times.

This project brings together an outstanding collection of musicians from Kingston-Upon-Hull and the surrounding areas.

Sally Currie is a multi-instrumentalist who has an extensive history writing and performing original music with bands and solo, despite being born partially deaf. As a solo artist she has performed her work all over the UK, from the smallest venue such as Folk in a Box (with a capacity of 1) to events such as Unlimited Festival at the South Bank Centre. In between she has shared billings with artists such as Laetitia Sadier (Stereloab), Brix & The Extricated, Curtis Eller and This is The Kit. She plays viola and guitar whilst singing her songs over the beats of her MPC 1000. In 2019 she formed a band and was also awarded one of the Drake Music emergent commissions. She composed a song which was set to moving image in collaboration with the artist and animator, Anna Bean.

Sarah Shiels is a bassist and singer songwriter who has appeared in many bands and has toured the UK, Europe and the USA. As well as The Dyr Sister she also plays in FIRE (tuf), Rivers Johannson & the Deemed Unrighteous, Cowfish and Chubby Mam. She published her debut collection of poetry in 2018 and has performed her own music both solo and with a band. Her own folk and bluesy music is currently being released as a selection of singles on the Fast and Bulbous record label throughout 2021. Rumour has it that Sarah has a voice which sounds like honey being poured over diamonds….

Stephanie Halsey graduated from the Royal Northern College of Music where she studied performance on the harp. She is now based in Hull as a freelance harpist performing with orchestras, at weddings and events. Some career highlights include performing Debussy’s Danses Sacrée et Profane for harp and string orchestra, which was conducted by Nick Fallowfield. She also toured with Gary Numan as part of the Skaparis Orchestra. Stephanie has also recorded with artists such as The Broken Orchestra and Stuart McCallum. Stephanie is currently working towards a master’s in music at the University of Hull.

END_OF_DOCUMENT_TOKEN_TO_BE_REPLACED
« The Dead Beats
The Froot »
Home
Back
All details are correct at time of publication but may be subject to change without notice. This website contains copyrighted material which we have acknowledged where possible. If you are the owner of copyrighted material and do not agree with its use please contact us.
See our Terms and Conditions and Privacy Policy.
Copyright © 2022 Sesh Events
Web Design: The Missing Dimension