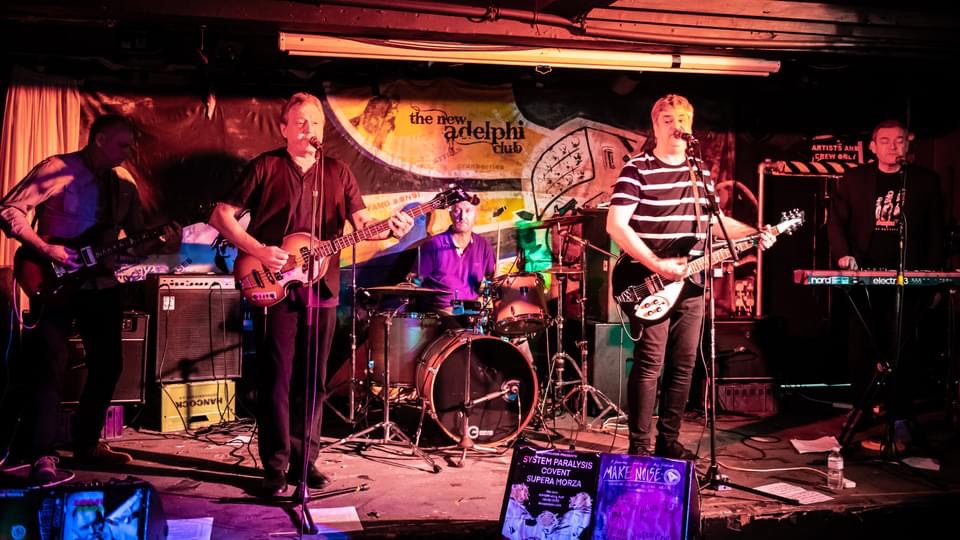 5 piece powerpop band with hints of psych, signed to legendary US label,
Jem Records. We have released 3 albums and contributed to 3 compilation
albums – the latest ‘Jem Records Celebrates Pete Townshend’ is due for
release in August. We have received extensive global airplay including
Little Steven’s Coolest Songs In The World and our video for ‘If I
Needed Someone’ closed The Beatles Fest last year. We have also played
prestigious gigs with The Monochrome Set, EXTC and Darling Buds. We make
our 3rd appearance at Liverpool’s Cavern Club in May.

Our influences include The Beatles, Byrds, Cars, Love, The Motors and
XTC.
We have been reviewed in Record Collector Magazine and received
excellent reviews for our last album in Shindig! And Vive Le Rock
Magazines. We have also received numerous online reviews and featured on
many radio shows as far reaching as New Zealand and New Mexico.

END_OF_DOCUMENT_TOKEN_TO_BE_REPLACED
« Glasshouse Row
Grace Christiansen »
Home
Back
All details are correct at time of publication but may be subject to change without notice. This website contains copyrighted material which we have acknowledged where possible. If you are the owner of copyrighted material and do not agree with its use please contact us.
See our Terms and Conditions and Privacy Policy.
Copyright © 2022 Sesh Events
Web Design: The Missing Dimension