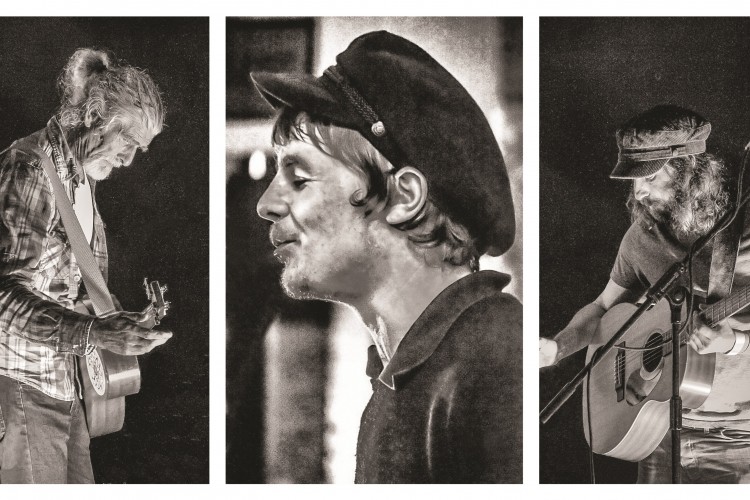 The Quicksilver Kings, (Hull, UK), weave elements of country, folk, blues and pop over vintage rootsy songwriting. Their sixties-inspired, hook-laden songs will leave you wondering if you’ve heard them before and determined to hear them again.

Keith’s vocal style is reminiscent of old classics like Buddy Holly and The Everly Brothers yet has a freshness to it that never fails to blow people away.

Their journey so far has seen The Quicksilver Kings walk a fine line between chaos and harmony, writing tunes from another era – simple songs that punch above their musical weight. Amassing a loyal following, they have received airplay on local and national BBC radio and play support slots with the likes of Dodgy, The Beat, The Christians and the CC Smugglers. 2016 also saw them play on the main stage of Hull’s Humber Street Sesh festival.

After a successful crowdfunding campaign, 2018 saw them release their first full length album – BACK IS THE WAY FORWARD on Vinyl, CD and download. In February 2019 they were invited to write a ‘Song to Europe’ live on the BBC Humberside breakfast show. After receiving such positive feedback, the song was recorded in a studio and released as a single for download. Now back in the studio they are currently recording their next album for release in 2020.

“Their music is so authentically bathed in purer retro styles that it becomes almost postmodern music. Every once in a while you’ll come across a group of musicians that inspire you to find every scrap of music that they have created – The Quicksilver Kings is one of those groups.” JAMSPHERE.COM

END_OF_DOCUMENT_TOKEN_TO_BE_REPLACED
« The Queen Riots
Rae »
Home
Back
All details are correct at time of publication but may be subject to change without notice. This website contains copyrighted material which we have acknowledged where possible. If you are the owner of copyrighted material and do not agree with its use please contact us.
See our Terms and Conditions and Privacy Policy.
Copyright © 2022 Sesh Events
Web Design: The Missing Dimension