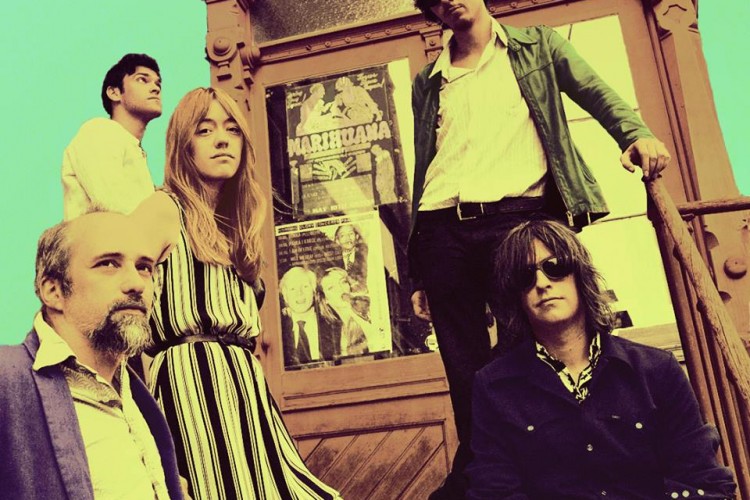 Having entered the public in Dresden, Germany, in 2011, The Roaring 420s have arrived in the international psychedelic and garage rock scene by now. Featuring surf guitars, floating backing vocs and an electric sitar, singles like “Psych Out”, “Blue Jay” or the Serge Gainsbourg-cover “Laisse Tomber Les Filles”
soon got airplay outside of Germany and Europe. After numerous shows throughout the continent their full-length debut album “What Is Psych?” has been released on Stoned Karma / Cargo Records in June 2014. In addition, “Blue Jay” was released as 7″ split with Copenhagen-based group The Mind Flowers on Levitation Records.

“If psych bands are for something they are for breaking down conceptions. The Roaring 420s do that with a wholesome and hedonistic twist merging the normally culturally constipated psych purists into fun loving party machines” – Far Out Magazine, UK

“Enjoyable slice of garage / surf from Dresden […] Think the Allah-Las and you’re partway there.” – The Active Listener, NZ

END_OF_DOCUMENT_TOKEN_TO_BE_REPLACED
« Rivers Johansson & The Deemed Unrighteous
Robocobra Quartet »
Home
Back
All details are correct at time of publication but may be subject to change without notice. This website contains copyrighted material which we have acknowledged where possible. If you are the owner of copyrighted material and do not agree with its use please contact us.
See our Terms and Conditions and Privacy Policy.
Copyright © 2022 Sesh Events
Web Design: The Missing Dimension