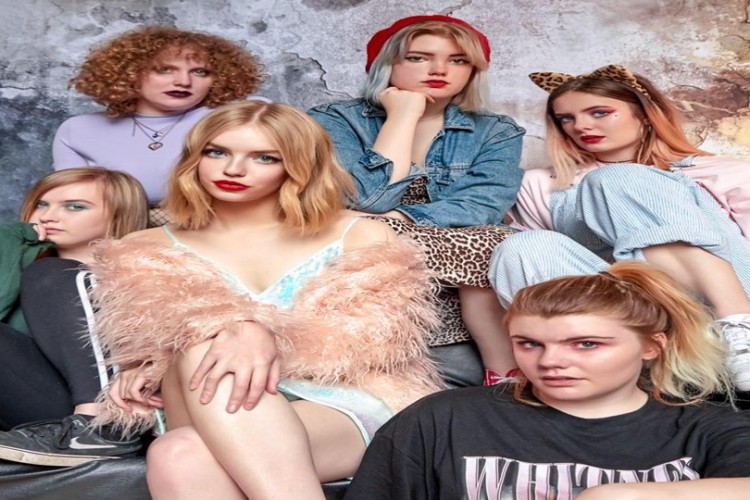 The Seamonsters are an indie pop band from Sheffield, driven by ethereal vocals and 80s inspired synths. Influenced by Pulp, Altered Images and Orange Juice.

After spending their summer playing festivals up and down the country, The Seamonsters are picking up support from major blogs, bbc introducing and This Feeling. With big plans for releases in 2019 and a tour in the works The Seamonsters have been noted as “2019 ones to watch” by the likes of This Feeling and Pirate Studios.

The band’s most recent single “Blue Movie Baby” (recorded at Yellow Arch Studoos and produced by Harry Roke of YVES) has opened them up to a bigger audience and showed a different side to The Seamonsters’ music. “Blue Movie Baby” combines a retro aesthetic and feel with powerful drums and fierce guitars.

“Their sound, songs and spirit is driven by 80s inspired synths and dreamy angelic vocals with an edge that more than hints at a very exciting future for the 6-piece. Ones to watch.”- Gigslutz.

Their debut single Lost (And Found) created a social media buzz around the band and started an interest in what was to come. Following this The Seamonsters sound was described by platforms such as the popular music blog Punktastic as “undeniably charming indie music” and by We The Germs blog as having “emotion packed fantastic guitar lines and an all-round summery feeling”.
The Seamonsters have recently played alongside Hinds, The Undertones, Drenge, Bill Ryder-Jones and Kate Nash.

“The Seamonsters are a Sheffield band with their sights set on indie stardom.” – FEISTY

END_OF_DOCUMENT_TOKEN_TO_BE_REPLACED
« The Seamsters
Secateurs »
Home
Back
All details are correct at time of publication but may be subject to change without notice. This website contains copyrighted material which we have acknowledged where possible. If you are the owner of copyrighted material and do not agree with its use please contact us.
See our Terms and Conditions and Privacy Policy.
Copyright © 2022 Sesh Events
Web Design: The Missing Dimension