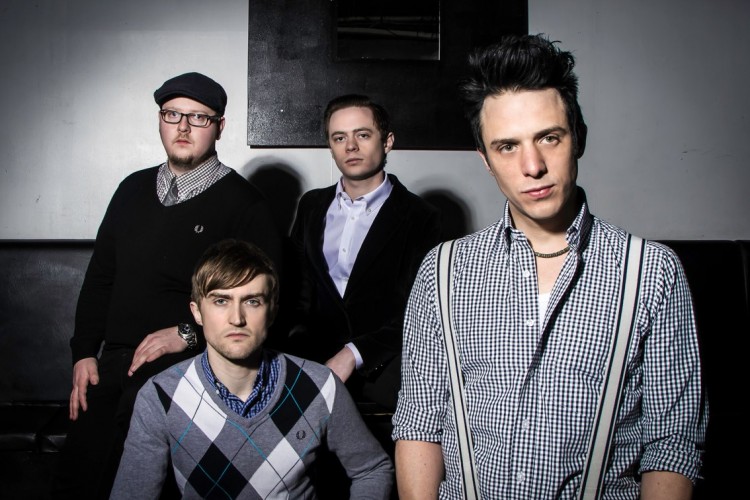 In just a short space of time The Talks have built themselves a compelling live reputation across the UK and Europe delivering sweaty, high octane, dance floor filling shows, treading the boards with the likes of Madness, The Specials, Rancid, The Beat, The King Blues and many more.

Last year saw the band release their eagerly anticipated ‘Westsinister’ E.P. along with singles ‘Can Stand The Rain’ – featuring the legendary Neville Staple from The Specials – and the YouTube smash ‘Friday Night’. The E.P. and respective singles achieved much success with Ska Punk and even commercial listeners across the UK and Europe and also achieved the playlists of certain American, Australian and Japanese Ska orientated radio stations. With main stage performances at globally renowned festivals such as ‘This Is Ska’ (DE), ‘Mighty Sounds’ (CZ) and ‘Rebellion’, tweets of appraisal and support from new wave big hitters ‘Less Than Jake’, glowing reviews and cover features from Big Cheese and Vive Le Rock Magazines – not to mention appearing in programmes on various UK TV networks – the bands reputation has surged from strength to strength.

In April 2014 the band released the new ‘Don’t Look Behind You’, their first single from upcoming album ‘Commoners, Piers, Drunks and Thieves’, which has boosted the bands popularity seeing them dramatically increase their touring schedule and break through further into commercial and alternative media across Europe.

The Talks New album ‘Commoners, Peers, Drunks & Thieves’ will be released on the 24th November

END_OF_DOCUMENT_TOKEN_TO_BE_REPLACED
« The Talkdown
Tallsaint »
Home
Back
All details are correct at time of publication but may be subject to change without notice. This website contains copyrighted material which we have acknowledged where possible. If you are the owner of copyrighted material and do not agree with its use please contact us.
See our Terms and Conditions and Privacy Policy.
Copyright © 2022 Sesh Events
Web Design: The Missing Dimension