Wake Up In Vegas 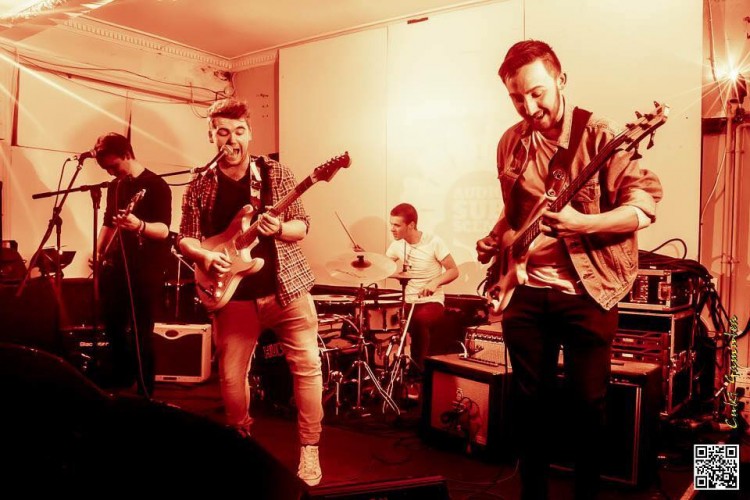 Unique Alternative Pop band from Hull with influences from all ends of the spectrum like Pop, Rock, Punk and Metal which all shine through individually through our music.

For fans of :
Biffy Clyro, You Me At Six and Twin Atlantic.

“Wake up in Vegas’ performance improved throughout each song they played in their set. Their song ‘Drive’ particularly stood out because Chris’ vocals were a lot stronger and he brought more of a noticeable rock tone to his voice in the ballad, which complimented the soothing sound of the guitars. The four-piece band engaged well with the unexpectedly large crowd, as their vocalist spoke to everyone in between songs and encouraged people to go closer to the stage. Their upbeat track ‘Like You Care’ also got people dancing, with a sound similar to Deaf Havana. Other impressive and catchy songs the band performed were ‘Remedy’, because of their brilliant and perfectly in sync breakdown, and ‘My Mind’ that consists of groovy riffs. Wake Up in Vegas are definitely a band to look out for.”
Danielle Hayes – Browse Magazine

END_OF_DOCUMENT_TOKEN_TO_BE_REPLACED
« Waives
Walleater »
Home
Back
All details are correct at time of publication but may be subject to change without notice. This website contains copyrighted material which we have acknowledged where possible. If you are the owner of copyrighted material and do not agree with its use please contact us.
See our Terms and Conditions and Privacy Policy.
Copyright © 2020 Sesh Events
Web Design: The Missing Dimension