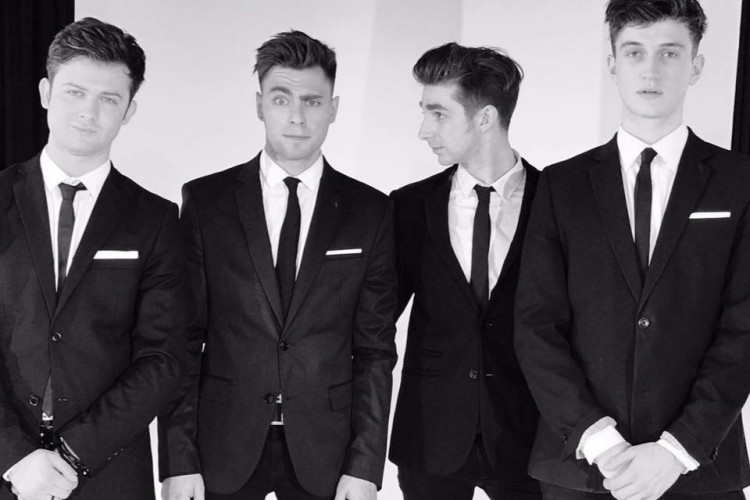 White Eskimo have been playing their style of pop punk since their early High School days.
With influences ranging from Blink-182 to Beethoven these 4 lads havereally found their own sound. Will (Vocals/Guitar), Alex (Drums), Marcus (Guitar) and Rob (Bass) have all been playing music since they can remember.

The lads released their debut EP ‘’100X’’ in 2014 which they recorded with James Lewis (Sunset Sons, Artic Monkeys, Rudimental) (available on iTunes, Apple Music and Spotify) and have since released the single ‘’Game Time’’ with a music video. April 2016 the boys went on tour to the USA. They played for the global music showcase MUSEXPO and Global Rock Summit and played at some of the most famous venues in LA like Whiskey a Go Go and Viper Room. ‘It was just so, so cool playing in LA’ says Alex.

‘We met Gene Simmons and the rest of Kiss whilst we were rehearsing in LA and he tried to impersonate our accents – he was terrible at it!’’ Yeah but not as cool as when Fergie (Black Eyed Peas) asked if I could be hers for the day’ boasts Will.

END_OF_DOCUMENT_TOKEN_TO_BE_REPLACED
« Wes Finch
White Kite »
Home
Back
All details are correct at time of publication but may be subject to change without notice. This website contains copyrighted material which we have acknowledged where possible. If you are the owner of copyrighted material and do not agree with its use please contact us.
See our Terms and Conditions and Privacy Policy.
Copyright © 2022 Sesh Events
Web Design: The Missing Dimension