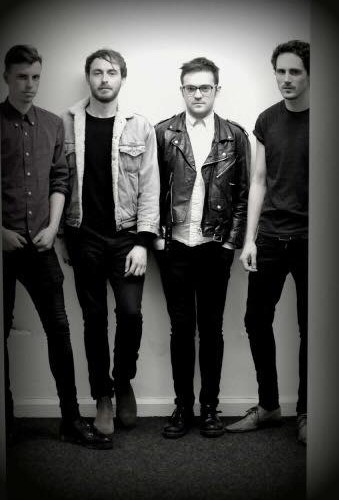 White Orchid are a four piece Rock band based in Leeds formed in September 2014.
Robert and James are both originally from Hull, East Yorkshire. Chris, Leeds and Greg originally coming from Barnsley.

The band self released their debut single ‘And In The End’ produced by Christian Cawood & Jimmi Naylor of the much loved Leeds band The Pigeon
Detectives in March 2016.

Since forming the have played at a number of iconic venues in Leeds including The O2 Academy Leeds, Brudenell Social Club and The Wardrobe. As well as numerous appearances in Hull at The Adelphi, Polar Bear and Humber Street Sesh Festival.

Early 2017 has seen the band recording their self produced as yet un -named EP, once again installing that DIY ethic in the band.

END_OF_DOCUMENT_TOKEN_TO_BE_REPLACED
« White Kite
Wildest »
Home
Back
All details are correct at time of publication but may be subject to change without notice. This website contains copyrighted material which we have acknowledged where possible. If you are the owner of copyrighted material and do not agree with its use please contact us.
See our Terms and Conditions and Privacy Policy.
Copyright © 2022 Sesh Events
Web Design: The Missing Dimension