An Act Of Treason 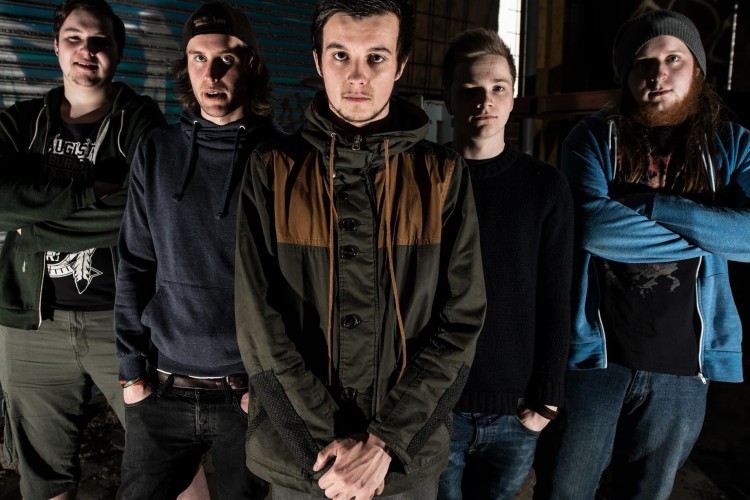 Fused by melodic guitars and complimented by stupidly heavy riffage AN ACT OF TREASON bring all sorts of destruction with their ear battering array of tracks. The band have quickly managed to stamp their brand onto the British Metal music scene. After sharing the stage with the likes of 36 CRAZY FISTS, BLACK TONGUE, ACRANIA, MARTYR DEFILED, RSJ, CONTINENTS and THE COLOUR LINE, they have proven that they have the knowledge to promote themselves to new and wider music scenes.

In just over a year now since the band formed they have headlined in cities across the country including Hull, London and Wales. The band have had a range of main support slots to the likes of NEXILVA and more. Last year the band played Sunkfest for the first time and got a huge response from the loyal crowd who go to the festival year in and year out.

The band have shown no signs of slowing since their arrival onto the British music scene. After gaining the attention of people in the US, CANADA AND AUSTRALIA the band have already expanded their merch store to serve overseas.

AAOT also supported Alaskan Metalcore giants ’36 CRAZY FISTS’ at the highly regarded Central Station Venue in Wrexham (Wales). This came about after coming in the top three in a poll by the promoter Andy Gallanders at Central Station. The bands were handed to The Agency Group UK for the final decision and AN ACT OF TREASON we’re chosen. The venue has seen the likes of ENTER SHIKARI, BIFFY CLYRO, CHASE & STATUS, THE PIGEON DETECTIVES, THE PRODIGY, SUB FOCUS, MILBURN, THE AUTOMATIC play to sold-out crowds.

END_OF_DOCUMENT_TOKEN_TO_BE_REPLACED
« Amy May Ellis
And The Hangnails »
Home
Back
All details are correct at time of publication but may be subject to change without notice. This website contains copyrighted material which we have acknowledged where possible. If you are the owner of copyrighted material and do not agree with its use please contact us.
See our Terms and Conditions and Privacy Policy.
Copyright © 2022 Sesh Events
Web Design: The Missing Dimension