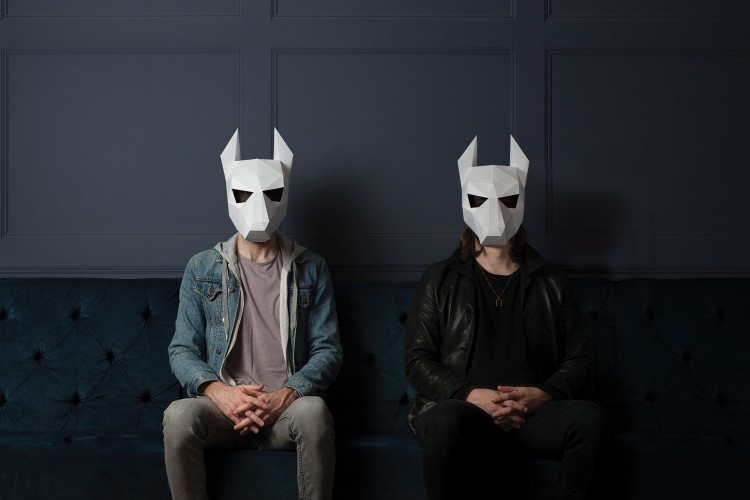 Indie / Punk / ‘Loud-as-f*ck-guitar-pop’ duo.
Recently singing with Indie label “Young Thugs Records” and currently preparing the release of their 4th full length album “DOG” …And The Hangnails are set for a very busy 2017.

Having been playing around the UK with the likes of DZ Deathrays, Drenge, Deap Vally, Vant The Undertones and The Damned etc over the last few years Hangnails have been gaining support and airtime from the likes of BBC Introducing, BBC 6 music, BBC Radio 1, Amazing radio and Radio X whilst getting a bit of a reputation for rowdy house party shows.

Press:
“Rarely is a UK punk band as exhilaratingly competent as …And The Hangnails.” NME

“Raw power and anthemic choruses. No wonder everyone’s buzzing about them at the minute.” ( BBC RADIO 1. Jericho Keys on the Huw Stephens Show).

“…And The Hangnails packed such a sucker punch on the night I was literally left gaping, open mouthed, and considering there is just two of them the sound scape that just explodes when these guys are on stage is just incredible. Blisteringly brilliant live. Check them out I urge you. They are truly incredible.” BBC Introducing York and North Yorkshire

END_OF_DOCUMENT_TOKEN_TO_BE_REPLACED
« An Act Of Treason
The Antiquity »
Home
Back
All details are correct at time of publication but may be subject to change without notice. This website contains copyrighted material which we have acknowledged where possible. If you are the owner of copyrighted material and do not agree with its use please contact us.
See our Terms and Conditions and Privacy Policy.
Copyright © 2022 Sesh Events
Web Design: The Missing Dimension