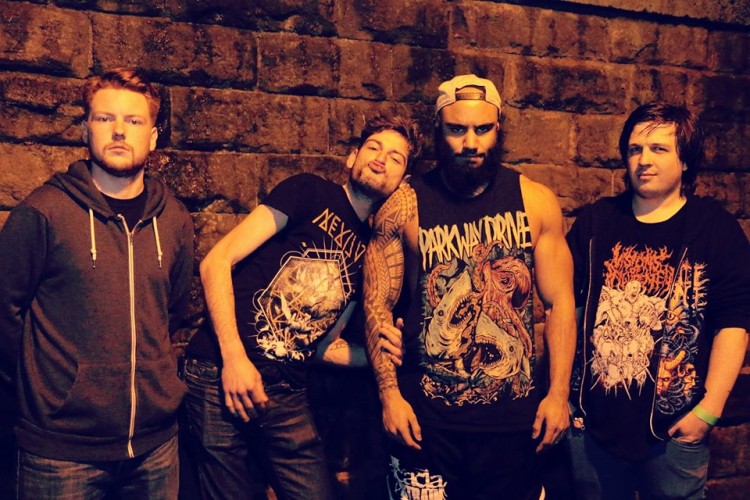 Formed in the Summer of 2012, The Antiquity plays mainly ‘groove’ based metal while fusing together sub-genres such as Death Metal & Deathcore.
The Antiquity’s sound is uniquely their own, creating music that focuses on creating complex rhythms, riffs & song structures as well as incorporating down-tempo aspects and Death Metal brutality.
After only a few months of touring, The Antiquity shared the same stage with bands such as Sworn Amongst, Black Tongue, Xisforeyes and Shot Down Stay Down.

” ‘A Colossal Infliction of Hate’ is shocking to say the least. Bringing the down tempo hate fused with death metal brutality, this release will definitely send The Antiquity into the running’s in the Deathcore scene. Tracks such as ‘Tales of Anguish’ showing a mixture of both brutality and hardcore aggression.”

After the release of ‘A Colossal Infliction of Hate’ and gaining some well deserved exposure through out Yorkshire, The Antiquity are set for another length of UK dates with the likes of Silent Screams, Nexilva, Shields, Sworn Amongst and Condemned before they are due to return to the studio to start work on their second E.P.

END_OF_DOCUMENT_TOKEN_TO_BE_REPLACED
« And The Hangnails
Apparition »
Home
Back
All details are correct at time of publication but may be subject to change without notice. This website contains copyrighted material which we have acknowledged where possible. If you are the owner of copyrighted material and do not agree with its use please contact us.
See our Terms and Conditions and Privacy Policy.
Copyright © 2022 Sesh Events
Web Design: The Missing Dimension