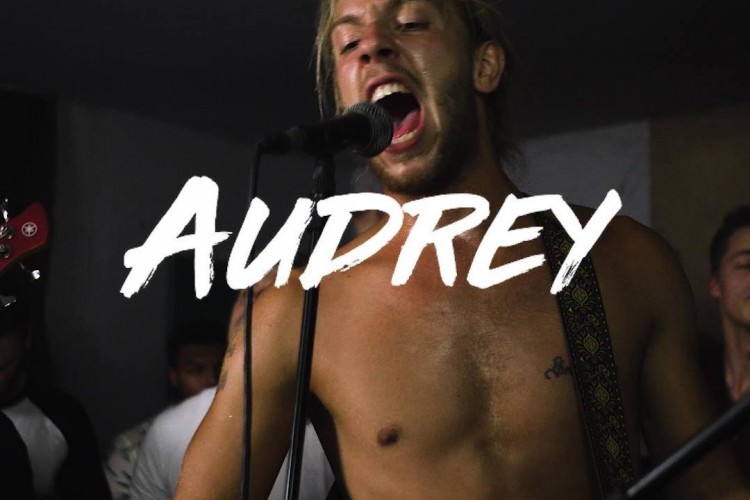 Audrey are an original rock and roll band from Hull.
Formed two years ago when drummer Tom Small met singer songwriter Josh Darby, the band have been creating their own brand of rock and roll ever since.

Filling their sound out with Ben Stephenson on bass and Ben Farr on lead guitar, the band hunkered down to hone their own original sound. Drawing inspiration from a wide mix of influences, from The Rolling Stones and Tom Petty to Oasis and The Foo Fighters, their sound offers a nod to a simple, rootsy rock and roll sound of a time gone by, while also injecting it with a fresh burst of energy and influence from the 21st Century.

Promising an engaging and energetic live set, rammed with toe tapping originals and big juicy choruses – it’s always a good night with Audrey. After making a name for themselves on the local Hull Scene, playing at Freedom Festival and supporting Space at Fruit, the band headed west, to Leeds, to record their debut EP at LOOM Studios. This four track EP is a perfect expression of the art these four musicians have created, and the first real taste for the wider public of what this band is about. Audrey released their self-titled debut EP in October ’18.

END_OF_DOCUMENT_TOKEN_TO_BE_REPLACED
« Audio Subscene
Autosuggestion »
Home
Back
All details are correct at time of publication but may be subject to change without notice. This website contains copyrighted material which we have acknowledged where possible. If you are the owner of copyrighted material and do not agree with its use please contact us.
See our Terms and Conditions and Privacy Policy.
Copyright © 2022 Sesh Events
Web Design: The Missing Dimension