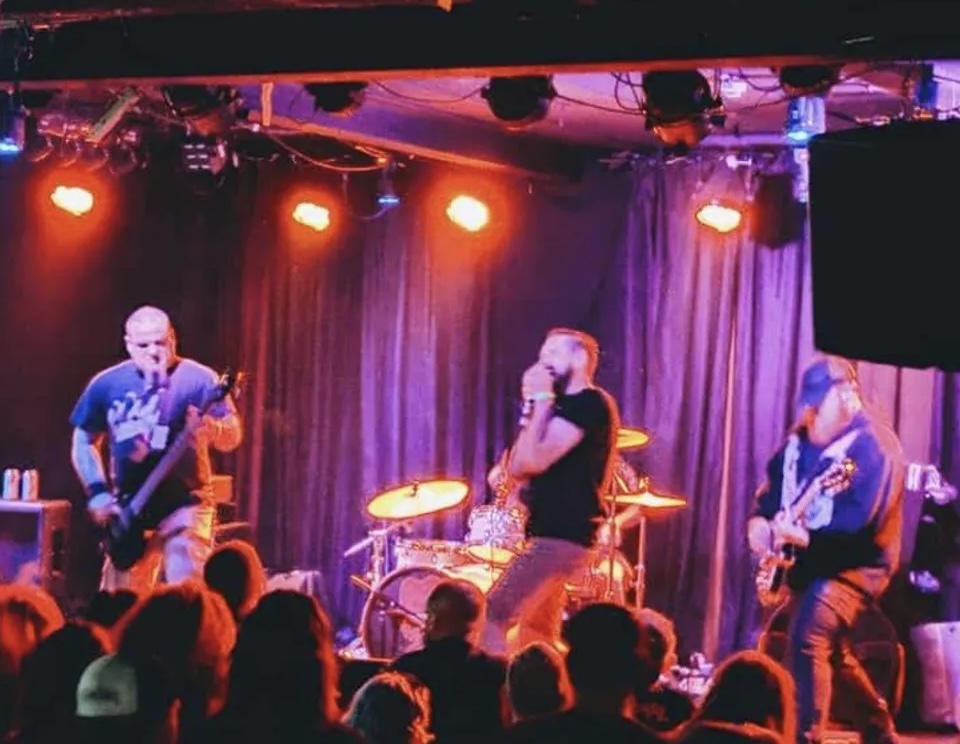 Doing their stuff since 2010 – that stuff probably being best described as party sludge – Battalions have carved out a space in the scene that only they could fill, and one that they could fill with the bounciest hooks imaginable wherever it is you put them. Six years in, Battalions were ready to burst with their peppy grimness, sparking a three year streak of consecutive releases.

2016’s Nothing to Lose and the following year’s Moonburn introduced the wider scene to an apoplectic, yet somehow upbeat, sound all of their own; storming out of the gate ready to fuck up the world, all the while with a spring in their step.

Between Moonburn and their next album, Battalions settled into the four-piece lineup we know today. Late 2018 saw Battalions release the chunkiest album of the year in Forever Marching Backwards [APF016], which, like previous releases, was recorded at SkyHammer Studios. It’s a metal album. It’s also an album that is brimming with pure groove. But, you couldn’t call it groove metal.

Again, it’s out and out party sludge; something that Battalions do better than anybody on this planet or the next. From the power behind the drumkit, to Phil Wilkinson’s growls into the mic, to the flanking attacks of Matt Dennett on bass and Peter Cross on guitar, there’s an energy to Battalions that makes them seem unstoppable, and aside from catching them live, Forever Marching Backwards is a perfect encapsulation of that energy.

Anywhere Battalions show, a party comes with them. So make sure you’re marching backwards with Battalions any chance you get.

END_OF_DOCUMENT_TOKEN_TO_BE_REPLACED
« The Barmines
BDRMM »
Home
Back
All details are correct at time of publication but may be subject to change without notice. This website contains copyrighted material which we have acknowledged where possible. If you are the owner of copyrighted material and do not agree with its use please contact us.
See our Terms and Conditions and Privacy Policy.
Copyright © 2022 Sesh Events
Web Design: The Missing Dimension