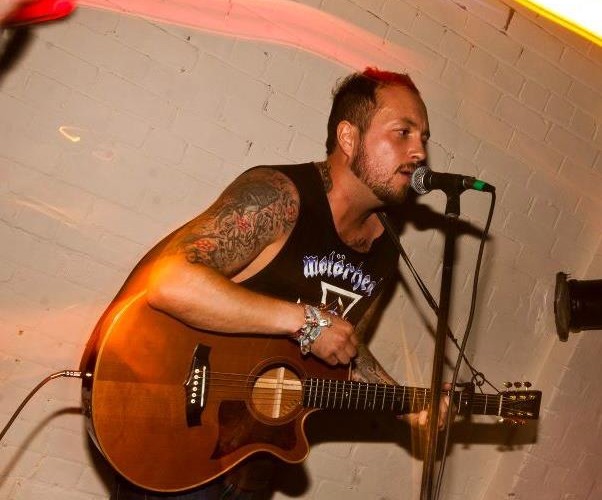 Danny has been on Hulls music scene since 2004. He’s the ex lead singer of The Vels who were prominent on the local music scene in the early noughties playing and partying out with The Paddingtons, Turismo and The Dirty Dreamers. With The Vels disbanded, Danny now plays acoustic sets across the east coast, playing on average 100 plus gigs a year. He’s also part of the production team at The Humber Street Sesh Festival having run the brilliant acoustic stages over the last three years. A well respected artist in Hull. Part singer, part boxer, here’s an acoustic act that really packs a punch.

END_OF_DOCUMENT_TOKEN_TO_BE_REPLACED
« Danny Landau Band
Dantevilles »
Home
Back
All details are correct at time of publication but may be subject to change without notice. This website contains copyrighted material which we have acknowledged where possible. If you are the owner of copyrighted material and do not agree with its use please contact us.
See our Terms and Conditions and Privacy Policy.
Copyright © 2022 Sesh Events
Web Design: The Missing Dimension