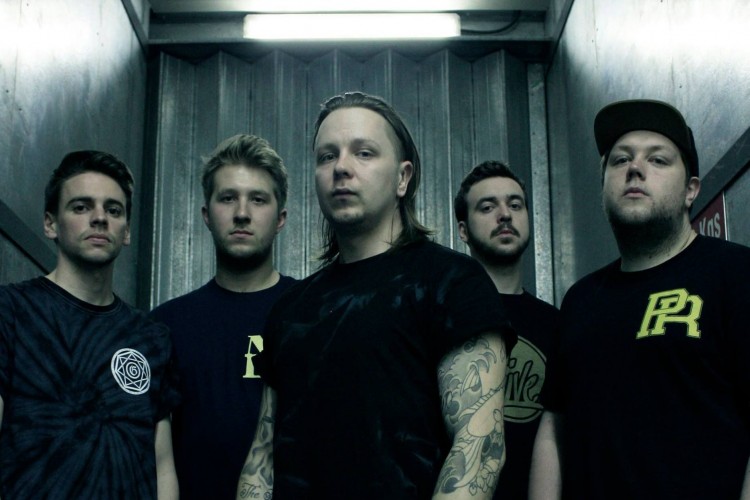 A LIVING NIGHTMARE is out NOW. Click the links below to buy Digital Download/CD/Vinyl or stream via Spotify.

“The breakdowns, bellows and chugging riffs all crash in exactly where you’d expect them to, but they do so with a finessed sense of force. Sometimes a well-aimed bludgeoning is enough, and Demoraliser deliver it with style.”

“While A Living Nightmare shows that the Grimsby bruisers have their feet rooted more brazenly in hardcore than their contemporaries, there are enough metallic nuances and melodic passages to give songs like Pretend and Checkmate the same kind of scintillating balance that allowed Unearth to stand out as countless peers around them drove themselves into the generic wildness. The soaring Twin-guitar anthemia of the House Always Wins will delight fans of Acendancy-era Trivium, whilst the monstrous breakdowns and huge grooves pulsing through Eye To Eye stand toe to toe with any heavyweight crossover act of the modern era. It’s early days yet, but Demoraliser are doing it right”

Demoraliser may not be breaking any new ground, but they are doing this shit better than bands that have 100x their fan base. Unlike so many of their peers, their influences are always maintained in a perfect balance that makes Demoraliser just sound like Demoraliser. A Living Nightmare is an absolutely resounding success of a debut metalcore album

END_OF_DOCUMENT_TOKEN_TO_BE_REPLACED
« The Demimondaines
Denim Turtles »
Home
Back
All details are correct at time of publication but may be subject to change without notice. This website contains copyrighted material which we have acknowledged where possible. If you are the owner of copyrighted material and do not agree with its use please contact us.
See our Terms and Conditions and Privacy Policy.
Copyright © 2022 Sesh Events
Web Design: The Missing Dimension