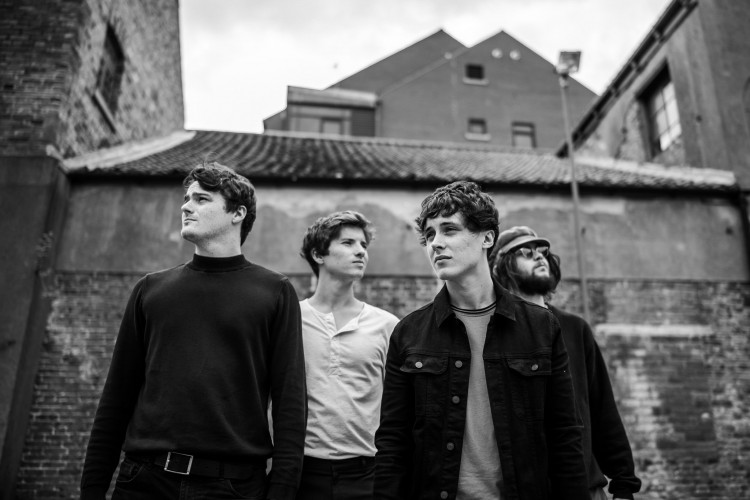 FEVER are James Harrod, Mitchell Capes, Charley May & Joe Gray. Formed in 2019, this four-piece are the latest cultural ambassadors flying the flag for the city of Hull.

Their debut single, ‘Jungle Man’, written by the band and produced by Pat Pretorius of AOO Studios, was released via Blossoms’ record label, Very Clever Records, on Friday 4th October.

They have already garnered the support of This Feeling who have made the record their Track Of The Week. This earned national radio play on Radio X where Gordon Smart described the song as “sounding like its going be very special live”, as well as BBC 6 Music where Chris Hawkins described to the tune as “an anthem”. FEVER are also being supported by the likes of BBC Radio Humberside, BBC Introducing & XS Manchester.

Their first ever string of headline shows across the UK are being supported by the well-respected indie pioneers This Feeling. FEVER are also set to support Blossoms on the first half of their UK Tour including a show at London’s O2 Forum Kentish Town in March 2020.

END_OF_DOCUMENT_TOKEN_TO_BE_REPLACED
« Felony
Fifty Nine Violets »
Home
Back
All details are correct at time of publication but may be subject to change without notice. This website contains copyrighted material which we have acknowledged where possible. If you are the owner of copyrighted material and do not agree with its use please contact us.
See our Terms and Conditions and Privacy Policy.
Copyright © 2020 Sesh Events
Web Design: The Missing Dimension