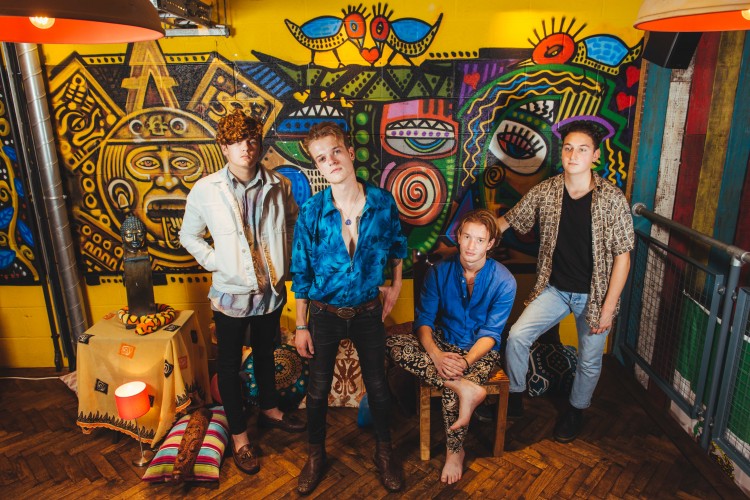 There is good reason why folk are regularly cramming into the live music quarters of York to be in the presence of four aspiring performing artists. Hearing King No-One will make you pine for those days of youth driven exuberance. The commotion doesn’t end there though as the weighty intellect and undeniable charm of this group is bringing a rush of excitement to all who make contact with their infectiously stirring opus. Hailing from the northern heights of England, King No-One have cut their teeth on a string of busking performances to the refined tastebuds of their roman walled domain. Strong local support for the indie pop quartet has led to the band receiving ongoing national airplay including BBC Radio 1 and festival bookings around Europe. Music blogs have swerved towards their emerging online presence which has seen the band peak at No2 on Hype Machine Twitter Chart.

What people are saying…

‘This is only the beginning for KNO, I’m tipping them for big things’ – Jericho Keys (BBC Introducing)

“Ambitious young band. I Heard their track and I played it on my introducing Mixtape and again earlier this year. But then, they just blew our socks off with their strongest single yet” – Tom Robinson (BB6 Music)

END_OF_DOCUMENT_TOKEN_TO_BE_REPLACED
« KIIING
King Orange »
Home
Back
All details are correct at time of publication but may be subject to change without notice. This website contains copyrighted material which we have acknowledged where possible. If you are the owner of copyrighted material and do not agree with its use please contact us.
See our Terms and Conditions and Privacy Policy.
Copyright © 2022 Sesh Events
Web Design: The Missing Dimension