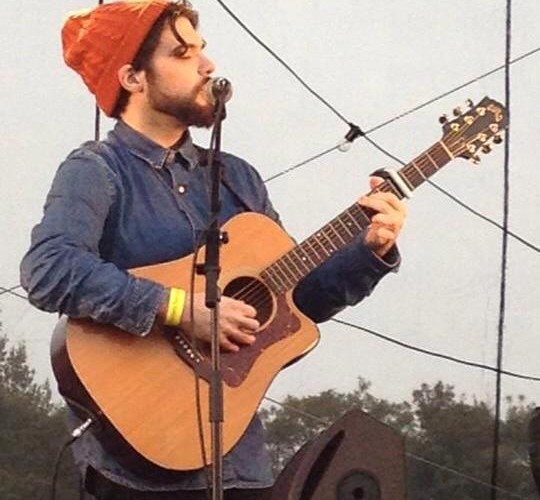 A Busker from Yorkshire; stereotypically self taught in a friend’s garage from the age of 16, aptly described as sounding like an angel torn between lust and love that smokes 60 filterless cigarettes a day; a passionately warming yet ghostly tone. Influenced by artists such as City and Colour, James Vincent Morris,  Benjamin Frances Leftwich, Matt Corby, This Wildlife and Will Young.

Performed live with acts such as Blue and Peter Andre at varying festivals and also along side local heroes such as Craig Dearing, Luke Lavelle, Adam Lynch (of the band Jam Jar) and live on BBC RADIO HUMBERSIDE.

END_OF_DOCUMENT_TOKEN_TO_BE_REPLACED
« Kingsman
Kismet Ryding »
Home
Back
All details are correct at time of publication but may be subject to change without notice. This website contains copyrighted material which we have acknowledged where possible. If you are the owner of copyrighted material and do not agree with its use please contact us.
See our Terms and Conditions and Privacy Policy.
Copyright © 2022 Sesh Events
Web Design: The Missing Dimension