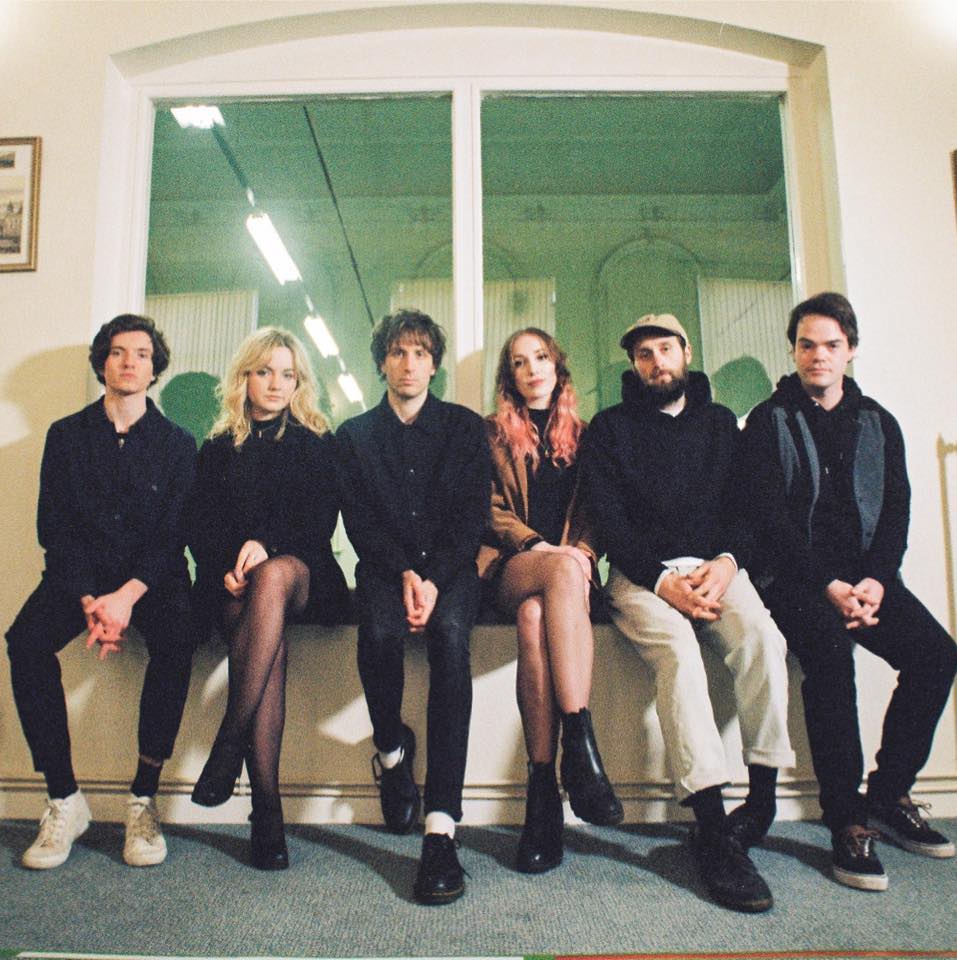 Low Hummer are a fast-rising six piece from Hull that write about their life in deepest darkest East Yorkshire and their place in a world of consumerism and bad news stories sold as gospel.

Daniel, Aimee, Steph, Jack, John and Joe came together from the far corners of the city’s tight knit DIY community, established a regular rehearsal home in iconic DIY venue The New Adelphi Club and set about honing their righteous, danceable garage rock before announcing themselves in late 2019 and introducing the world to Low Hummer – this band of misfits from a town left behind.

Low Hummer released their first fuzzed-up garage anthem ‘Don’t You Ever Sleep’ in September 2019 on independent Leeds label Dance To The Radio, followed by second indie-punk single ‘I Choose Live News’ in October. Both singles earned the band support from the likes of Clash, Dork, Gigwise and BBC 6 Music as 6 Music Recommends Track of the Week and a feature on the Roundtable scoring the band a wining 9/10. Following single releases, ‘The Real Thing’, ‘Picture Bliss’ and ‘Sometimes I Wish (I Was A Different Person)’ were championed by Jack Saunders (Radio 1), Huw Stephens (Radio 1), Steve Lamacq (6 Music), Marc Riley (6 Music), Tom Robinson (6 Music), the Amazing Radio A list, NME, Gigwise and Under The Radar Magazine.

Following the release of their album, whilst gaining UK Top 40 status, Low Hummer toured across the UK with Manic Street Preachers, and were chosen to play at SXSW Festival in Austin, Texas. The summer of 2022 looks to be a busy one with multiple festival slots abound.

“Scuzzed out indie with lashings of synths, their post-punk leaning songwriting has a surreal pop instinct running through it” – Clash

END_OF_DOCUMENT_TOKEN_TO_BE_REPLACED
« The Loving Memory
Lucia »
Home
Back
All details are correct at time of publication but may be subject to change without notice. This website contains copyrighted material which we have acknowledged where possible. If you are the owner of copyrighted material and do not agree with its use please contact us.
See our Terms and Conditions and Privacy Policy.
Copyright © 2022 Sesh Events
Web Design: The Missing Dimension